Marijuana in most of the U.S states is yet to be legalized for recreational use. As the authorities are more concerned about the effect of its usage among people. Though in some states, you will find out that the government has legalized marijuana for all purposes and limited the quantity of possession by an individual, which might be the right step to regulate recreational marijuana usage in the region. 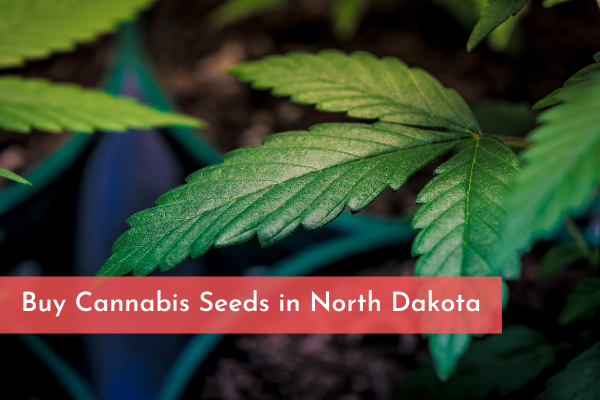 Well, apart from this, there is some state which is still struggling to legalize recreational marijuana. North Dakota is one of them. The state has a long history of marijuana legislation changes even though in 2023 there are many things to know about cannabis as the state has made some major changes in cannabis-related laws.

Therefore, read along to get to know what are the Dos and Don’ts regarding cannabis in North Dakota!

Marijuana remains illegal for recreational purposes in North Dakota while medical marijuana is legal in the state from the 2016 legislative update. That means one cannot access personal marijuana stuff in the state legally. Although a small amount of cannabis possession is a misdemeanor crime. Apart from this, the state also permits the cultivation of hemp in the region.

Well, for recreational marijuana the state attempted in November 2018, however, it was unsuccessful at that time. Even though before the complete medical legalization of cannabis, the state has faced a failure in legalizing medical cannabis.

Finally, from 2016, the state-approved for using cannabis in the medical field, which came into effect on April 18, 2017. Even after the legalization the government also pushed the medical cannabis dispensary licenses to make the official sources for the patients to access medical cannabis.

In a nutshell, right now, North Dakota is permitting only medical marijuana enthusiasts to access cannabis for medical purposes. While recreational marijuana remained illegal in the state in 2023.

A Brief History of North Dakota Regarding Cannabis

North Dakota’s marijuana history takes us back to the earlier time of the 20th century when there was a nationwide trend to prohibit marijuana. Following that, North Dakota made marijuana illegal in 1933. This was the first time in the region when cannabis was officially banned.

Later on, after one year, in 2016, the state voters approved measure 5, which brought the medical marijuana program for the state. However, this bill came into effect on April 18, 2017. Although regulate cannabis production, sale, and usage, the North Dakota Department of Health opened the application for dispensaries one year later in 2018 while the authorities also established two manufacturing units to make cannabis medication supply available for the medical patients.

Somehow, the state attempted to legalize recreational marijuana in mid-2018. Unfortunately, this measure was rejected and recreational legalization couldn’t happen. So, that was the last legislation change attempted in the region, which was unsuccessful.

Well, currently the authorities are preparing for the Freedom of Cannabis Act, which would allow the adult residents of the state to possess, grow, transport up to 12 cannabis plants for personal use. However, until this law didn’t get passed, we have to follow the current guidelines.

Here is the summarization of laws and guidelines that you need to follow in 2023 while being in North Dakota:

Overall, currently, the state has very strict guidelines for recreational cannabis, and therefore, you are recommended to follow the local laws and rules to avoid any kind of legal issues.

Cultivating cannabis plants either for personal or medical usage is illegal in North Dakota in 2023. Cultivation-related offenses hold similar penalties to the possession depending upon the quantity of marijuana seized.

Apart from this, the state law has illegalized marijuana consumption while driving a motor vehicle and this offense could lead the offender to a monetary fine and jail depending upon the severity and repetition of the crime.

Before medical marijuana’s complete legalization, there was an unsuccessful attempt that occurred in the year 2015. However, just after a year, in 2016, Measure 5 was approved by the state voters, which actually established medical marijuana program in the state. Well, within one year some changes happened in the bill such as the removal of the provision allowing medical users to grow their own marijuana.

Ultimately, this medical legalization took effect in the year 2017 completely, and just after one year in 2018, the North Dakota Department of Health opened two manufacturing units two fulfill the supply of medical cannabis. Well, since then this law has remained stable and no further changes were made.

As the medical marijuana program was launched in the region, authorities introduced a state-issued medical marijuana ID card so that only state residents can get cannabis medication. Getting issued this card included a process, however, before that, the patient needs to get a physician’s certification for approval of cannabis treatment.

However, once the medical ID card gets issued, the patient is free to access medical cannabis from the state-authorized stores in the region. Qualifying conditions and process to get a marijuana card is as followed:

How to get a medical marijuana card in North Dakota?

Step 1. To apply for a medical marijuana ID card, the patient must be 19 years or older to get an ID card issued. Also, while applying for the ID card online, patients need to prove their residency in the North Dakota region. Well, if a patient is minor then the guardian or their parents can apply on their behalf.

Step 2. After filling out the online application, provide your digital copy of state residency proof. Upload the photo as well. The patient can also designate the caregiver if needed.

So, within these three simple steps, you can apply for the medical marijuana program’s ID card in North Dakota. Once your application gets approved and an ID card is issued, you can visit the nearest dispensary for accessing medical marijuana.

Apart from this, the state’s medical marijuana program doesn’t accept the other states’ marijuana ID cards and therefore, the patient needs to be a resident of the state for getting this facility.

#1. What is the minimum drug sentence for possession?

Possession of a large quantity of marijuana can lead the offender to up to 30 days jail and a monetary fine of up to $1,500.

#2. How can I grow marijuana plants in North Dakota?

Cultivating marijuana plants for personal usage is illegal in the state and this can lead to penalization accordingly. However, cultivating hemp is legal in North Dakota.

#3. Where can I consume marijuana in ND?

You can consume only medical marijuana legally. Consumption of marijuana must be made in private space. Public possession and consumption are illegal which can lead to huge monetary penalties and imprisonment.

#4. How much time it will take to get my marijuana ID card issued?

It depends upon the authorities. However, once the authorities are satisfied with the information you have provided, you will get your marijuana card issued immediately.

#5. When will recreational marijuana be legalized in ND?

We cannot predict the future. However, currently, the authorities are planning for a legislation update, which might legalize adult use of cannabis in the upcoming time.

Future of Cannabis in North Dakota

North Dakota has a history of continuously changing marijuana laws although currently the state is permitting only medical marijuana and encouraging the dispensaries to make medical marijuana available easily. However, if the state will legalize recreational marijuana in the future then there will be more big opportunities for marijuana enthusiasts in the state.

Additionally, new cannabis businesses will make new ways for the state’s revenue like other states where complete marijuana legalization is already in effect.

Therefore, the future of cannabis in North Dakota might be brighter if lawmakers legalize marijuana and encourage new businesses in the state.