There are different laws in different states of the U.S. In some states, the laws are relaxing allowing people to indulge in cannabis activity while some states are strictly against the use of cannabis. Well, cannabis in the U.S has been widely accepted for medical purposes. Recreational use of marijuana remains in most of the states to get legalized. 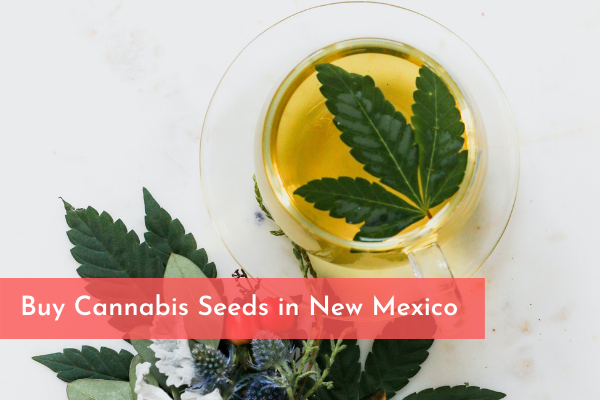 With that said, New Mexico comes under this category where medical marijuana is legalized while recreational usage is still banned. Although there are many more guidelines and laws which one needs to know and understand before getting hands-on marijuana in New Mexico.

This ultimate guide will help you to be an expert on New Mexico’s cannabis laws. Read along to know what are the Dos and Don’ts about marijuana in the state.

That means yes! Marijuana is legal in New Mexico for medical usage while recreational use of marijuana is decriminalized in 2019. Therefore, one cannot access marijuana for personal usage in the state as it comes under misdemeanor and the offender can be fined with some monetary charges.

Although New Mexico permits medical patients to access marijuana medication for several medical conditions such as cancer, epilepsy, multiple sclerosis, etc. Well, if we compare the state’s current legislation to the other states where complete marijuana is legalized and the cannabis businesses in the state are also contributing to the state’s revenue then New Mexico still needs to imply some more relaxing cannabis laws.

However, even it is also true that the state’s current laws are quite relaxed comparing to some other states where strict medical marijuana guidelines are implemented resulting in a very hassling process for the patients to access cannabis medication. We will be covering medical marijuana in New Mexico in detail later.

Summing up the current scenario in the region then 2023’s marijuana laws in New Mexico allows individual to access medical cannabis easily as it is legalized in the state. Though small possession has been decriminalized in the state from 2019, with a small monetary fine.

History of Cannabis in New Mexico

The initial time of the 20th century for marijuana in New Mexico was quite harsh as the government banned the importation, sale, and cultivation of it in 1923 due to the obvious effects of marijuana. As the authorities have noticed that people of the region were easily accessing marijuana stuff such as cigarettes. Also, marijuana’s intoxicating effect was harmful to the productivity of an individual. That is why the authorities made marijuana illegal.

Although within 50 years, this band existed in the state and the lawmakers didn’t make any change further in the legislation until the 1978’s Therapeutic Research Act. Under this act, the state allowed medical use of marijuana in the region and by doing so Mexico became the first state in the U.S. Also, this was the first time that the state was changing marijuana legislation favoring cannabis enthusiasts.

The ultimate aim of this bill was to permit medical patients to use cannabis through a research program approved by the Food and Drug Administration (FDA). This program was spurred by the cancer patient Lynn Pierson who found relief from using cannabis and pleaded his case to the lawmakers. Although Lynn Pierson died but ultimately, he made marijuana treatment available for the other cancer patients in the state. Lynn Pierson Therapeutic Research Program made approx. 250 cancer patients to receive cannabis or THC between 1978 and 1986.

Apart from this, the complete medical legalization in New Mexico took effect in 2007 when Senate Bill 523 was passed by Governor Bill Richardson. This “Lynn and Erin Compassionate Use Act” removed the previous boundaries and allowed the use of cannabis after a physician’s recommendation for severe medical conditions such as cancer, glaucoma, HIV/AIDS, epilepsy, multiple sclerosis, and spinal cord injuries. However, later this law was expanded for more medical symptoms, and patients were also allowed to grow their own cannabis plants in the state.

In 2019, Governor Lujan Grisham signed Senate Bill 323, decriminalizing half-ounce of marijuana possession. The offense made under the limitation will be treated as a petty misdemeanor and punishable by a $50 fine. The law also decriminalized possession of drug paraphernalia and New Mexico became the first state to do so.

In short, the legislative journey of the state is quite lenient to weed enthusiasts. That is why New Mexico made medical marijuana available very earlier in the state. Though recreational marijuana is decriminalized yet, however, state lawmakers are planning to make it legal very soon.

Although the state has faced some major changes in the past, you have also to be careful regarding the current guidelines that are in action along with the laws:

Apart from this, medical patients in the state can possess up to 8 ounces of marijuana over three months.

Cultivation of cannabis plants in New Mexico remains illegal for personal use except for the medical patients who can apply for a production license in case of inability to purchase licensed medical cannabis. Approved medical patients can grow up to four mature plants along with 12 seedlings.

As recreational marijuana is illegal, therefore, there is no space for personal marijuana consumption while medical patients are permitted to consume marijuana in a private space only out of public view. While consumption in schools, university campuses, public places such as public parks, workplaces, and youth centers remain illegal.

Also, no one is allowed to consume cannabis while driving a motor vehicle.

New Mexico was the first state to pass the legislation allowing medical use of cannabis in some form, in 1978. This was the very first time that the state has taken a positive step towards medical marijuana enthusiasts.

However, this law was mainly supporting cancer patients through a research program that was spurred by Lynn Pierson who was a cancer patient and he made the lawmakers believe that marijuana can benefit in severe medical conditions.

Lynn Pierson founded relief from cannabis in his case and ultimately helped the authorities to bring this program faster for other patients as well. It helped around 250 cancer patients to receive either cannabis or THC through the Lynn Pierson Therapeutic Research Program.

Well, this medical program was limited and needed improvement, which was completely done in 2007 when lawmakers brought Lynn and Erin Compassionate Use Act. This bill has no limitations for patients and allowed medical patients to access cannabis treatment with a physician’s recommendation. Initially, this program has a limited list of qualifying conditions which was expanded within the coming years. Also, patients were permitted to cultivate their own cannabis plants in the region.

Overall, in 2023, New Mexico’s cannabis laws are quite relaxing for the patients in the state.

Step 1. First of all, a patient needs valid certification from a qualified healthcare provider or doctor. A physician can easily recommend to the patient for medical cannabis usage if the patient has a severe medical condition.

Step 2. After certification, the patient needs to fill out and complete the registration application online. Applicants may need a state-issued identification card to establish proof of residency in New Mexico.

Step 3. The patient can also designate a caregiver if needed. Otherwise, the application can be submitted and once the authorities get satisfied with the details, they can issue the registry ID card. As there is no application fee, therefore, you don’t need to pay anything.

So, within these three simple steps, medical marijuana enthusiasts in New Mexico can access cannabis medication. However, the state’s marijuana program initiated accepting out-of-state patients’ concerns from 1 July 2020 and permitted them to access medical cannabis in New Mexico.

How to Get Cannabis Seeds in New Mexico?

As medical cannabis cultivation is permitted in New Mexico, therefore, patients of the state can grow their own cannabis plants in case of need. However, there is very little chance of getting genuine sources in the state for high-quality cannabis seeds.

Even recreational cannabis remains illegal in New Mexico, resulting in no commercial businesses. Therefore, one can get the best quality cannabis seeds through online seed banks in the region. Online seed stores have multiple benefits. That is why we have mentioned here 2023’s top seed banks that directly ship to New Mexico:

ILoveGrwoingMarijuana.com is one of the best cannabis seed banks in 2023. This store has a wide cannabis seed selection along with an affordable price range. A premium range of cannabis seeds is sold at a discounted rate. Has multiple payment options to order and provides instant customer support.

Crop King Seeds or CKS is worldwide famous for its high-quality marijuana seeds. Has 24/7 online chat support for buyers and ships across the world. Regular offers on a wide selection of cannabis seeds are the best part of buying seeds from this store.

Crop King Seeds got reviews of the SeedFinder users, with an average rating of 5.18 out of 10!

MSNL has almost every category of marijuana seed in stock. Sells at a reasonable price and ships order discretely within 2 to 3 working days. Has a positive market reputation with a 4+ rating on Trustpilot. Best store for all types of cannabis growers.

#1, Where it is safe to purchase marijuana in NM?

From the state-licensed non-profit producers. However, a patient can also cultivate own cannabis plants in case of inability to purchase.

#2. What is needed to get a medical marijuana card in NM?

One needs to get a physician’s recommendation certification, residence proof to register online. After complete registration, one can get the medical marijuana card issued from the authorities.

#3. How much I have to pay for getting medical marijuana card in NM?

Nothing! The best part of New Mexico’s medical marijuana process is they do not take any monetary charge from the patients.

#4. Can I use the out-of-state card to get medical marijuana in New Mexico?

From 1 July 2020 onwards, the state is accepting out-of-state medical patient’s cards to access medical marijuana within the state.

#5. Can I grow cannabis plants in New Mexico?

Not for recreational use. Only medical patients are allowed to grow their own cannabis plants in the state. Recreational cultivation of marijuana remains illegal in 2023.

Future of Cannabis in New Mexico

The current scenario in the state is only permitting medical cannabis enthusiasts to access cannabis legally. Although recreational use of marijuana remains to be legalized. However, state Governor Lujan Grisham has recently claimed that legalizing recreational cannabis in 2023 will be her priority along with expanding and improving health care resources. This is a very positive sign for recreational marijuana users in the state.

Although until the laws pass and come into effect, marijuana users have to do things under the law. While within the upcoming time, New Mexico can get another legislation change that might positively affect the state’s marijuana users!