Marijuana has been getting accepted worldwide in different aspects. The major acceptance is seen in the medical field around the globe where marijuana has shown its healing properties for different debilitating medical symptoms. 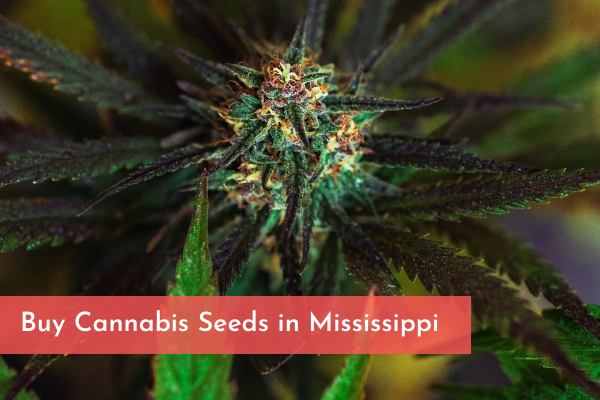 Therefore, for people residing within Mississippi or those who are planning a ‘cannabis tour,’ there must know the laws that are in action in the state. Read along to know everything about cannabis in the Mississippi.

Is Cannabis Legal in Mississippi in 2021?

That means cannabis is legal for medical usage and even high CBD cannabis substances are also permitted in the state for medical patients. However, recreational cannabis remains illegal in Mississippi in 2021.

Well, you cannot go for a ‘cannabis tour in the Mississippi, also no one is permitted for having personal cannabis. Although the state has already decriminalized the small amount possession of marijuana in 1978.

Medical use of cannabis was permitted in the state from the last year i.e., 2020, however, low-THC and high-CBD cannabis substances for medical patients were allowed in the year 2014 before complete legalization. Well, the state had followed very strict guidelines and regulations for marijuana-related offenses before; such that more than 30 grams of cannabis possession in a vehicle can lead the offender to a $1,000 fine and up to 90 days jail.

However, the state has now completely legalized medical marijuana from November 3, 2020, and therefore, one can access marijuana for the treatment of different medical symptoms. Yet the recreational or personal marijuana in the state remains illegal and historically there were no major changes in the recreational legislation since decriminalization.

In the starting time of the 20th century, U.S has been growing hemp and other marijuana stuff for fiber and industrial purposes. Although during World War – I, most of the hemp cultivation in most of the U.S states was declined due to the ban. As most of the states followed the trend of marijuana prohibition. Well, historically, the major change in Mississippi’s cannabis legislation can be seen in the year 1978 when it took the first step favoring the marijuana enthusiasts in the region. The state decriminalized small possession of marijuana of up to one ounce i.e., 30 grams.

This law has ultimately given the authority to punish the first-time marijuana offender by sending him or her to jail for 90 days along with a $250 fine. Also, the possession of paraphernalia was a punishable offense with a $1,000 fine and 90 days of imprisonment. However, possession of a large amount was treated as drug trafficking and this was punishable with up to 30 years of jail.

Well, since the decriminalization the state didn’t take any major action for cannabis laws up to the end of the 20th century. Another change in cannabis legislation occurred in 2014 when the state legalized CBD products for debilitating seizures and other medical symptoms. This major change allowed medical patients to access high CBD and low THC cannabis products in the region. Well, the access to CBD oil was regulated by the officials and only authorized physicians were permitted to prescribe it to the patient. Also, specific CBD oils with limited THC concentration were allowed to prescribe to the patient.

So, historically, the Mississippi state has taken very few steps to change cannabis legislation more often. However, the ultimate change has favored marijuana enthusiasts in the region. Yet recreational weed remains illegal in 2021.

Here is the summarization of the laws and guidelines that are in action in the state:

Possession of cannabis for personal need is illegal in Mississippi and the state has penalties accordingly. Although the first offense under decriminalization for up to 30 grams of cannabis possession can be punished only with a $250 fine and up to 90 days of imprisonment depending upon the severity. Subsequent offenses or large quantity possession may lead to a $1,000 fine and even up to 30 years of imprisonment if caught trafficking drugs.

Apart from this, medical cannabis possession for the patients is limited to 2.5 ounces.

Consuming marijuana in public space is illegal and restricted in the prohibited areas such as non-smoking zones, schools, university campuses, parks, and public transports. Although medical patients can consume medical cannabis in their home or private space.

In a nutshell, the state has legalized only medical cannabis for patients, and cultivation is not permitted. Although some amount of cannabis is allowed to the medical patients, however, consumption must be made into the private home without exposing it to others.

Medical marijuana in Mississippi was not legalized at once. Although it took effect last year in 2020 however, CBD oil was legalized before in the year 2014. That law ultimately permitted the medical patients to access “processed cannabis plant extract, oil or resin that contains more than fifteen percent (15%) cannabidiol (CBD) or a dilution of the resin that contains at least fifty (50) milligrams of cannabidiol per milliliter, but not more than one-half of one percent (.5%) of tetrahydrocannabinol [THC].”

Also, CBD oil when it was legalized, was permitted to be prescribed by authorized physicians only. Even for accessing CBD oil, the officials have given certain medical conditions that can qualify for the same.

After CBD legalization, one of the polls in the state showed that Mississippians were in favor to legalize medical cannabis in the region. Even the unofficial results from the November 3 election show that nearly 7 out of 10 voters supported legalizing medical marijuana.

Ultimately, from November 3, 2020, medical cannabis was legalized in Mississippi and the patients were officially free to use cannabis for their treatment. Therefore, it has been a few months back that the state has given permission for medical cannabis to existing, and hence, the authorities are planning to make a regulated way for this new medical program by July 2021. This will ultimately give birth to the new cannabis businesses in the state if the officials allow physical stores to sell medical cannabis to the patients. Also, the government can put minimum taxation as well to make this a new way of revenue like many other states.

How to Get Cannabis Seeds in Mississippi?

Cultivating cannabis plants in the state is illegal and it can lead one to be treated as a drug trafficker, which may ultimately lead to imprisonment for up to 30 years depending upon the severity of the offense. Additionally, we strongly recommend our readers follow the local guidelines and laws. Although growing cannabis seeds is illegal, keeping them is not. You can get the seeds and keep them and grow them when the government allows doing so. You must confirm from the local authorities as well. As the laws may differ according to the regions.

Well, once you are comfortable with the local laws to keep the marijuana seeds in your home then you can go searching out the best cannabis seed banks online. As offline, it will be impossible to find high-quality sources. Especially in the region where cultivation is illegal.

Apart from this, online seed banks give you a variety of cannabis strains along with a huge selection of trending strains in the market. Whereas offline stores might have limited strains at a time. Additionally, an online seed bank regularly offers you huge discounts and sales, which gives you access to premium quality marijuana seeds at a very less price.

In short, online seed banks are the best option for getting high-quality marijuana seeds.

Here is the list of the best online seed bank of 2021, recommended by the thousands of cannabis lovers around the globe:

Marijuana-seeds.nl or MSNL is the one-stop online shop that fulfills your all marijuana requirements. It stores a wide selection of cannabis seeds and sells them at a very affordable price. The shop gives you instant customer support and ships worldwide in discrete packaging. Multiple payment options are available.

Crop King Seeds is one of the best online seed banks for all-type marijuana growers. The shop holds a wide cannabis seeds stock along with worldwide service. Ships instantly and has a very affordable price range for cannabis seeds. 24/7 online chat support is available with almost every seed strain in the stock.

Crop King Seeds got reviews of the SeedFinder users, with an average rating from 5.18 out of 10!

ILGM or ILoveGrowingMaijruana.com is one of the most popular and reputed online seed banks on the planet. It directly ships from the California warehouse for U.S orders. Has a very premium range of popular cannabis seeds. Superfast customer service is available and 4+ rating on Trustpilot.

Finally, these are some of the best online cannabis seed banks of 2021. These online stores suit every marijuana enthusiast’s profile and budget.

Join The I Love Growing Marijuana Official Sub on Raddit for daily updates!

#1. How can I access a medical marijuana card in Mississippi?

#2. When will be recreational marijuana legal in Mississippi?

We cannot predict the future, though historically, there have not been any major changes in the legislation apart from decriminalization. It depends on the state authorities whether they want to legalize personal marijuana.

#3. Can I possess a small amount of personal cannabis?

A small amount of cannabis under 30 grams is a misdemeanor under the decriminalization law and it is punishable with up to $100 to $250.

Future of Marijuana in Mississippi

Medical cannabis has been legalized recently and there is no regulated way for providing cannabis access to medical patients. For which the officials are making plans up to adopt the regulations till July 2021.

If the authorities allow physical stores to sell cannabis stuff to medical patients then there will be the birth of the new cannabis market in the state, which will be a bunch of new opportunities for the marijuana enthusiast. Whereas the government will also have a new opportunity to earn revenue through it if it puts a tax on medical cannabis.