If you are thinking to indulge in cannabis activities in Maryland then you have to hold on! Doesn’t matter you are residing there or planning a trip, you must know the cannabis laws before accessing any cannabis stuff.

As Maryland has illegalized recreational marijuana and therefore, it can lead the offender to huge legal trouble. Though medical cannabis is permitted to some extent, however, one needs to follow the registration process for that. Apart from this, there are many more things to know about cannabis in Maryland, which we will be covering in this guide. 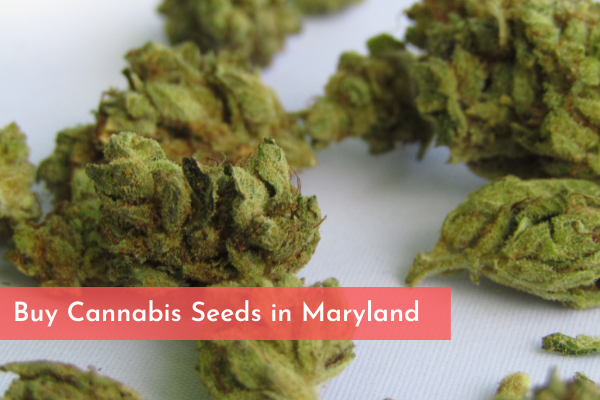 Is Cannabis Legal in Maryland in 2023?

First of all, cannabis for recreational purposes in Maryland remains illegal in 2023. However, medical cannabis is legal and one can access medical marijuana through MMCC (Maryland Medical Cannabis Commission) registration. Well, we will discuss it in detail later.

Coming back to the current marijuana scenario in the state then marijuana’s existence in the state is the result of legislative changes a few years back. Especially, for medical marijuana. However, the MMCC program was introduced in the state way back before it becomes operational in 2017. Apart from this, personal cannabis possession of 10 grams or less amount is also decriminalized.

In nutshell, Maryland state is currently allowing medical patients to access medical cannabis to treat their diseases, and hence recreational marijuana remained illegal in 2023. Decriminalization of small possession of cannabis shows some positive signs for positive changes in recreational law. However, we have to wait until the state authorities didn’t take any further action regarding the same.

History of the State Concerning Marijuana

Historically, the state has been quite into cannabis-related activities. This is why even after strict guidelines on marijuana usage, the state has faced around the fifth-highest overall arrest for marijuana-related offenses in 2010. Around 50% of the drug possession arrests in the state were for marijuana offenses.

Therefore, one can get the idea that cannabis has been quite popular in Maryland and it can play a vital role in the state’s economic development if the government allows cannabis businesses in the regions and starts getting revenue from it like some other states.

Even during this time, there have been many attempts to legalize recreational cannabis in the state considering the demand for personal marijuana, however, none of them were successful.

However, Maryland has quite strict guidelines from a very earlier time for marijuana-related offenses though people have been indulging in cannabis activities. Ultimately, in April 2014, the state Governor Martin O’Malley signed into a law decriminalizing small possession of cannabis (10 grams or less) which came into effect in the state from October month of the same year. Under this legislative change, adult individuals (21 years or above) guilty of marijuana possession can be monetarily fined and attend a drug education program.

Apart from the recreational marijuana in the state, Maryland’s medical marijuana program was already established in Maryland in the 2012 year named after Maryland’s Medical Cannabis Commission which actually came into effect in 2017 after five years of delay resulting in the beginning of sales of medical cannabis. Although MMCC was responsible for authorizing different dispensaries and processors to dispense or process cannabis stuff in the state.

Overall, the state has been regularly updating the laws considering the marijuana demand in the region. However, yet in 2023 recreational cannabis remains illegal but people of the state are now in favor of the legalization of recreational marijuana and in the future marijuana, enthusiasts can witness some more positive changes.

Current Laws in Action in Maryland

Here is the summary of current laws that are in action in Maryland:

Possession of medical cannabis by medical patients remain legal in 2023 in Maryland. Under this, patients can have medical cannabis supply of up to 30 days. The quantity must be up to 4 ounces (120 grams) for 30 days requirement. However, the dispensary can also increase or decrease the dosage if required.

Cultivation of cannabis plants in Maryland remains illegal for personal usage and even for medical usage. As medical patients are supposed to access medical cannabis from the authorized dispensaries only. Even the state authorities have given access by providing licenses to different cultivators in the state to fulfill the cannabis demand in the region.

Consuming cannabis publicly is illegal in Maryland and even medical patients are supposed to consume cannabis in their private space only. Driving a motor vehicle under influence of cannabis also remains illegal along with consumption in public places such as parks, public transports, schools, university campuses.

As in starting there was no specific framework of working of this medical program and fulfilling the cannabis demand in the state as recreational marijuana was also illegal and businesses were also not established.

By September 2019, the state authorities have reported around 70,000 registered patients getting benefit from Maryland’s Medical Cannabis Program, which is slightingly more than 1% of the state’s population.

Although the physicians are free to recommend medical cannabis depending upon the severity of the medical condition of the patient. However,

Steps to get medical marijuana in Maryland

The very first step involves the registration of the patient with MMCC. The adults and minors have separate guidelines. For minors, at least one caregiver needs to be assigned for all accounts of the patient. Even for caregivers, the age must be 21 years or above.

Step 2. Obtain a written certification from a provider registered with the Commission

After registration, the patient needs to get valid written certification from the registered provider of MMCC.

After valid certification, you can visit the nearest dispensary to get your medical cannabis.

So, within these three steps, you can have medical marijuana benefits in Maryland state. However, for detailed steps, you can visit the official website of the state.

How to Get the Cannabis Seeds in Maryland?

Recreational marijuana is illegal in the state that means you cannot grow marijuana for your personal usage. Although the state has medical marijuana program, however, medical patients are not permitted to get their own cannabis plants in the state.

Well, that doesn’t mean the cultivation of cannabis doesn’t exist in the region. Even to fulfill medical cannabis needs, the state has authorized cultivators, which grow cannabis stuff to a larger extent. Therefore, until personal marijuana is not legalized, you are bound to the laws for not cultivating cannabis plants for personal usage.

For the authorized cultivators and processors, cannabis seeds are a must for producing the right quality of marijuana for medical patients. Also, as there is no physical cannabis business in the state due to the illegalization of personal marijuana, therefore, online seed banks are in the hopes of getting the best quality cannabis seeds.

ILGM ships to the mainly U.S and Australia. The store has a very wide selection of cannabis seeds with an affordable price range. ILGM ships instantly to the U.S orders from warehouses in California. Private delivery and instant customer support are the highlighting features of this store.

CKS has almost every marijuana seeds category in the stock. They serve almost every country in the world and have a very positive market reputation. The shop offers multiple payment options and friendly customer service. Over 4+ rating on Trustpilot.

Marijuana-seeds.nl or MSNL is one of the best cannabis seed stores where you will be finding out the fresh quality of cannabis seeds. The store has instant shipping service and a very reasonable price that attracts the most. The best part of this store is that it has almost every category of marijuana seed strain that will suit all types of marijuana growers.

MSNL seed bank has got 5.01 users rating on SeedFinder out of 10!

Future of Cannabis in Maryland

Maryland has one of the best medical marijuana programs in the state, however, recreational cannabis or personal usage is still illegal, which is a major concern for recreational marijuana enthusiasts in the region. Although people of the state have been regularly demanding legalization which made the authorities propose different laws. Even historically the state has proposed a law whenever the users have demanded the same.