Kentucky has been one of the greatest producers of hemp in the historical time in the U.S. As the state was able to contribute around three-fourths of the hemp produced in the country. Although after World War I in many other states, cannabis, and hemp almost vanished somehow this state could make hemp cultivation exist in their region.

Well, in the modern era, the state has quite strict laws for marijuana possession and consumption as cannabis in Kentucky is illegal in 2021. However, apart from this, there are many new laws that one needs to be aware of. Therefore, this ultimate guide will be helping you to know everything about cannabis in Kentucky. 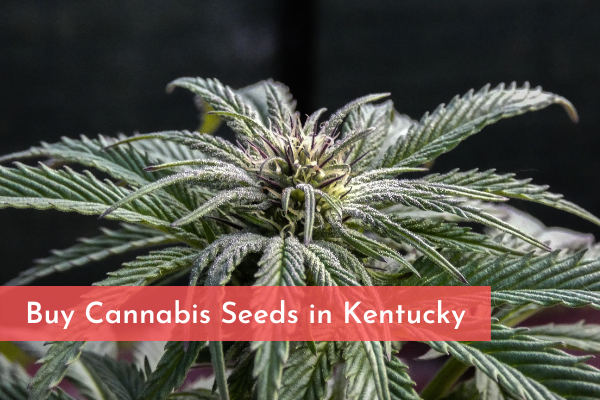 Is Marijuana Legal in Kentucky in 2021?

This might be the most asked question if you are planning a trip to Kentucky or residing there and want to indulge in cannabis activity. However, unfortunately, marijuana in Kentucky is illegal in 2021 for all purposes. That means even medical patients in the state cannot access medical marijuana or marijuana-related stuff for their treatment. As the state doesn’t have any medical marijuana program.

Well, Kentucky has a very long history of hemp cultivation for fiber from the late 18th century, which we will be talking about it in detail later.

Coming back to the current scenario then most of the other U.S states have allowed marijuana to some extent. Whereas Kentucky has only permitted non-psychoactive CBD Oil in its region for some purposes. Although the state does not have any marijuana-related business, therefore, there are no physical stores that can make CBD oil available for you. You might get it from out-of-state sources mostly.

The state has regular demand for medical marijuana legalization and even there have been some attempts as well. Unfortunately, not any of the attempts succeeded.

Overall, Kentucky state has a rich history of hemp cultivation for producing fiber and it has been one of the largest produces in the U.S. However, for marijuana enthusiasts, the state didn’t have any legalization law and therefore you cannot access marijuana in Kentucky legally except for non-psychoactive CBD oil, which might be even tough to get from the stores in the region due to the lack of cannabis businesses.

History of Marijuana in Kentucky

As said before, Kentucky has produced three-fourths of the hemp in the country and the credit for such achievement goes to the people of the state who were already aware of hemp and marijuana uses since 1775. From the late 18th century to the 20th century, the state has regularly worked for cultivating hemp even though there was a cannabis prohibition trend in the starting 1900s.

In Kentucky, near Danville, most of the hemp was cultivated and continued to the upcoming time until marijuana laws were reformed. Although at the starting of the 20th century, hemp and marijuana were almost came to the end in most of the states, however, Kentucky made them exist somehow.

Even Kentucky had one of the best climate conditions for growing hemp at that time. The hemp plants aimed to produce fiber reaches up to 10 feet in the garden. Now, you can get the idea that how Kentucky made it possible to produce a majority of the fiber in its region.

Although during the 1930s, marijuana in the state was going popular due to its psychoactive reasons, which was a major concern for the state authorities. This made hemp cultivation and marijuana to be banned or illegalized.

Long story short, marijuana in Kentucky remained illegal until April 2014, the state government allowed medical patients to access non-psychoactive CBD oil after a physician’s recommendation. However, this law didn’t make clear that CBD oil will be legally available in the state or not.

One year later to the legalization of CBD oil, the state authorities proposed a bill allowing medical marijuana in the state. Unfortunately, this bill didn’t come into effect as it was failed the committee.

Again, recently in 2020, another attempt to legalize medical cannabis happened, and this time the bill also showed some positive hopes. The ultimate aim of the bill was to allow certain people in the region to access medical cannabis and prohibit the smoking of marijuana. Unfortunately, this bill was also stayed in-between due to the COVID-19 pandemic.

The most recent update regarding medical cannabis has taken effect in January 2021 when state lawmakers have introduced a bill to legalize medical marijuana in the state again after the bill died in the Senate last year. If this bill got passed then the state would be able to give re-birth to the marijuana existence officially even just for medical patients. Also, a separate department will be responsible for controlling medical marijuana i.e., the Department of Alcoholic Beverage and Cannabis Control.

In a nutshell, the history of the state regarding hemp and cannabis is rich and the future for medical marijuana enthusiasts seems hopeful and bright.

Although the state authorities have proposed a bill allowing medical marijuana recently, however, until the laws didn’t come into effect, you have to be cautious and updated with the current laws in action.

Possession of any amount of marijuana in Kentucky is illegal except CBD oil with a limited THC level (less than 0.3%). As there are no cannabis businesses in the state, therefore, even there are no sources from which, one can get access to marijuana.

Cultivating marijuana plants in Kentucky remains illegal in 2021. Even though CBD oil is permitted, however, to fulfill the demand there are no authorized cultivators in the state.

Along with possession and cultivation, consumption remains illegal and the offender might face legal fines and court trials. CBD oil usage must be made into private space.

Other states indeed have a separate medical marijuana program for the patients but Kentucky has none of them. Medical marijuana is not legalized except for CBD oil usage in the region. This has also affected marijuana-related businesses which might also contribute to the economical development of the state.

Well, the most recent update from the state authorities has shown some positive hopes for the state regarding medical cannabis. Kentucky lawmakers have introduced the bill to allow medical marijuana in the state. This law reform will allow individuals to access cannabis for their treatment whereas medical cannabis might be excluded from the excise tax as well to encourage cannabis-related businesses. Although there have been regular debate over this.

If this law came into effect then the patients will be able to purchase up to 30 days of marijuana supply although cultivating plants will not be permitted under this legislation and there will be penalties as well for the offenders. If the authorities will earn revenue from cannabis businesses then the majority of it will be implemented to the enforcement, which is also a good thing.

Overall, the latest update shows that within the upcoming time, Kentucky marijuana enthusiasts might witness some positive legal change in the state. However, until it comes into effect, we have to follow the regular guidelines that are in action.

How to Get the Marijuana Seeds in Kentucky?

Legally, it is not possible to get marijuana seeds in Kentucky as cultivation remains illegal in the state. Even though the latest law reforms show some hopes for medical marijuana legalization in the upcoming time, however, it also prohibits medical patients to grow their own plants.

Therefore, it will be quite tough for one to get cannabis seeds and grow them in Kentucky as the authorities might put heavy legal charges on you, which we never want to happen. Also, we strongly recommend our readers to follow the local guidelines and stay under the laws before indulging in any kind of such activities.

Well, once the laws permit you to grow your own plants may be within the upcoming time then you can search out the best cannabis seed banks on the planet. As there will be fewer chances for physical stores to sell such stuff and also the quality of such products might not be that good, that’s why online seed banks are the hope!

Even online stores have multiple benefits. They have a wide selection of cannabis strains, reasonable prices, regular offers, and fresh quality because they import directly from the breeders.

ILoveGrowingMarijuana.com is the best option if you are residing within the U.S and want to have the best quality cannabis seeds. This store holds a wide category of strains along with attractive prices. Has a positive market reputation and excellent customer support.

Join The I Love Growing Marijuana Official Sub for daily updates regarding ILGM on Reddit!

Worldwide popular. Large stock of seeds along with a reasonable price. Multiple payment options to place orders. Worldwide service and discreet shipping. Has a very huge market reputation and delivers one of the best quality cannabis seeds. MSNL seed bank has 5.01 user ratings on SeedFinder.

There is no such medical marijuana program that gives access to cannabis through cards right now.

Currently, only CBD oil is allowed in Kentucky to be accessed while recreational and medical cannabis is being illegalized.

It is legal for farmers and authorized cultivators to grow hemp with no more than 0.3% THC levels. Although cannabis for other purposes remains illegal in 2021.

Future of Cannabis in Kentucky

The current scenario in the state doesn’t permit one to possess or share cannabis. Although considering the history of the state then there have been regular demand for marijuana among the people either for personal usage or for medical usage. Even the state lawmakers are seeking to legalize medical marijuana in the upcoming time which was failed in 2020 due to the COVID-19 pandemic.

If this law is successfully got implemented then it will be the first time that the state legalizes marijuana completely in either of aspects. Also, it can result in new cannabis businesses and new sources of revenue for the government as well which previously doesn’t exist.

In short, the future of cannabis in Kentucky for cannabis enthusiasts might be brighter if marijuana gets legalized for either usage.