Marijuana has been found quite effective in different medical conditions therefore, many countries have legalized or established a medical marijuana program in their region so that medical patients can be benefitted from it.

Well, U.S is one of the countries in which different states have implemented different marijuana laws for their residents. With that said, Kansas is the state which applies quite strict laws for cannabis possession and related offenses.

Kansas has illegalized marijuana for all purposes. Therefore, if you are residing within the state or planning a journey there then you might have to be aware of the latest laws in 2023, which this guide is going to cover.

Read along to know everything about marijuana in Kansas: 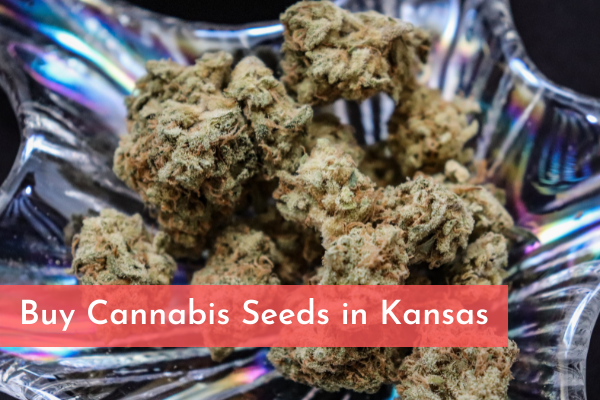 Is Marijuana Legal in Kansas in 2023?

As said earlier, marijuana for all purposes is illegal in Kansas, however, recently the state authorities have changed the legislation to allow at least CBD oil with no THC content in the region. That ultimately shows that the higher authorities have been quite strict about the psychoactive effects of marijuana. That is why even medical marijuana is not permitted in the state.

Well, the state’s cannabis laws have been historically against the use of it. Though in the modern era when people started raising their voice for legalization following the worldwide trend of marijuana acceptance in different aspects, the state could only legalize CBD oil with no THC content in it.

However, we will cover the historical journey of the state later but for now, Kansas has the strictest laws for marijuana offenders, which can be observed by the Shona Banda case in 2015. Under this case, the offender used medical cannabis for debilitating Crohn’s disease, however, authorities arrested the offender, and afterward, a huge legal trial along with controversy started in the state.

Overall, in a nutshell, marijuana in Kansas has been a debatable topic from earlier times. Even as now in many regions and countries, the government has allowed cannabis to some extent, Kansas has opposed all that in 2023.

History of Cannabis in Kansas

From the earlier 20th century, the U.S has followed the cannabis prohibition trend across the globe and restricted cannabis usage and cultivation in the region. Although before that, people of the country including Kansas were aware of cannabis and its uses in different aspects. However, in 1927 Kansas banned cannabis in its region.

However, up to the end of the 20th century, Kansas didn’t make any major changes in marijuana legislation though the authorities have regularly reported marijuana offenses in its region. Considering the marijuana demand in the region, there were regular attempts to legalize at least medical marijuana. Cannabis compassion and care act was proposed in the Senate in January 2013. This bill was ultimately aimed to allow medical marijuana for medical patients. If the bill was passed and implemented then the medical marijuana enthusiasts could access 6 ounces of marijuana along with the cultivation of up to 12 plants in their private house.

Kansas state is so against the marijuana offenses that in 2015, 10 sheriffs along with two different states sued Colorado for the legalization of cannabis in their state creating undue enforcement in a neighboring state. Although the lawsuit was unsuccessful one can get the idea of the state’s marijuana condition from it.

Finally, in May 2018, CBD oil was legalized in the state allowing its residents to access it for different medical conditions.

Current Laws in Action in Kansas

Although the state has quite changing legislation though it could not make marijuana exist in the region. However, in 2023, you must have to be aware of the following guidelines and laws that are in action in the state:

One cannot possess marijuana in Kansas as it is illegal. Punishment for the same can be a monetary fine along with imprisonment. However, these charges are dependent on the severity of the crime. That means if you are found with a large quantity of marijuana then you can be sent to jail for up to three and half years of imprisonment along with a $100,000 fine.

Cultivating marijuana plants in Kansas is illegal and it is as punishable as possession of it. Even medical marijuana enthusiasts in the region cannot have their own cannabis plants.

Along with possession and cultivation, consumption of marijuana is also illegal and that is why there will be no source from where you can have marijuana for personal usage in the state. Although CBD Oil is permitted it must be sourced from out-of-state.

As of 2023, there is no medical marijuana program in Kansas.

Well, the good news is that recently the Governor of Kansas has announced that she will be proposing a marijuana legislation change under which the residents can get the medical benefits of marijuana. Medical patients hoping for marijuana treatment for their disease might be able to access marijuana soon in the state. Also, to expand health care, the revenue from the same scheme will be used.

Though we have to wait until the laws didn’t come into effect in the state. However, for medical marijuana enthusiasts, this is the good news and the future is quite hopeful regarding marijuana treatment options.

How to Get Cannabis Seeds in Kansas?

Also, we want our readers to be happy and safe, therefore, we strongly recommend following the local guidelines before heading into any such activities.

Though cultivating cannabis seeds is illegal in the state and keeping them is not. Therefore, once you are legally comfortable keeping marijuana seeds in your home you can head for searching out the best sources on the planet.

Well, as the state has not legalized marijuana, therefore, there are no cannabis-related businesses that can source you the best quality seeds. That is why you must check out the online stores. However, the web is filled with thousands of online seed banks.

Therefore, we here recommend you to buy from the planet’s best seed banks in which these are our favorites:

Future of Marijuana in Kansas

Therefore, we need to wait until the government allows us legally to access cannabis. However, considering the authorities’ steps for medical legalization, the future might be positive for marijuana lovers.