Although cannabis has been legalized in most of the states in the U.S however, some states are still hustling to get cannabis to existing in the region officially. Indiana is one of those states where marijuana laws are still pending to be changed for legalization.

However, historically it was found that people of the U.S were already using cannabis and hemp for personal and industrial purposes. Well, somehow, the country illegalized recreational cannabis for its obvious effects

Coming to the modern era, where marijuana has been considered widely among different states in the U.S. and even some states have legalized the usage to some extent, Indiana has almost illegalized marijuana in the region.

Let’s find out everything about cannabis laws in Indiana: 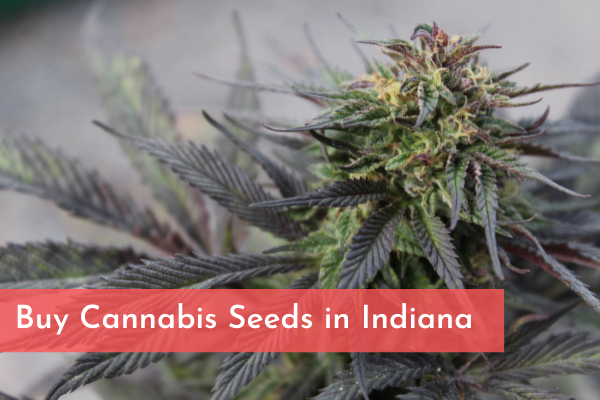 Is Cannabis Legal in Indiana in 2021?

No, cannabis is not legal in Indiana in 2021, except for a very limited medical use. That means no one in the state can possess, cultivate or share cannabis for recreational purposes. Even manufacturing, selling, and sharing cannabis among any individual resident of Indiana is illegal.

However, that doesn’t mean the state has a poor history of cannabis users. Even though the people of the region have regularly into cannabis and its businesses a way back before the ban in the earlier 1900s. Additionally, in the modern era when many countries started accepting marijuana’s importance in medical and people’s life, there have been regular attempts to legalize cannabis in different aspects. Somehow, the laws couldn’t be implemented in the state.

In 2021, the people of the region are not permitted to access it legally. However, CBD oil is permitted for some conditions in the state.

In a nutshell, Indiana state has a regular legislative change as the people demanded the legalization of cannabis although it was not in favor of marijuana enthusiasts.

History of Marijuana in Indiana

There is no doubt, people of Indiana and the U.S have been aware of marijuana, hemp, and their effects from the earlier time of the 20th century. Although the Indiana state banned the sale of marijuana without a prescription in 1913. As this ban took effect in the state, there has been a huge decline in cannabis businesses in the state.

Afterward, the state didn’t take any major steps towards marijuana. More than 100 years later, in February 2013, the state authorities proposed a bill to decriminalize a small amount of marijuana, which was somehow stayed in the committee and never came into effect.

Although some other counties in the state were in favor to decriminalize marijuana possession, however, they couldn’t make any changes that year. This is also true that up to that time, people were already demanding the legalization of cannabis and even in the medical field the demand was also increased. That’s why in 2015, a bill to legalize medical marijuana was introduced in the House and Senate, unfortunately, this time too, the bill couldn’t be passed and implemented.

Two years later, in 2017, legislation was signed to allow CBD oil for epilepsy. CBD oil with less than 0.3% of THC content was permitted to be used for uncontrollable seizures. Although this time CBD oil was legalized for only seizures which were allowed for any purpose one year later in 2018.

Finally, in 2021, the laws of the Indiana state allow only CBD oil with a limited THC content of 0.3% and therefore, you cannot possess, share or consume cannabis for personal needs. Until the legislation didn’t change for legalization, you have to wait for enjoying marijuana there.

As there are no major changes in the cannabis laws, as it is illegal, yet some guidelines are there which are must be aware of:

Possession is allowed only to adults for CBD oils (with less than 0.3% THC). Other cannabis stuff is not allowed to be possessed by the individuals in the region and offenders might be charged with monetary fines.

Cultivating marijuana in Indiana state is illegal and no one is permitted to grow cannabis plants. Even someone founded selling cannabis stuff or growing plants within 1000 feet of school can be sent to jail for up to 8 years with a huge monetary fine.

It is obvious that if possession and cultivation are not permitted in the state, consumption is also illegal. Although the state has legalized CBD oil for any purpose and it must have THC of less than 0.3% which can be consumed by medical patients.

Overall, Indiana has one of the strictest laws for cannabis in the state.

However, other states of the U.S have a wide marijuana program under which they have legalized cannabis consumption and even cultivation. Well, it is hoped that Indiana state will soon take inspiration from the other states and might legalize at least medical marijuana soon.

How Can You Get the Marijuana Seeds in Indiana?

Buying cannabis seeds is not a tough task in this online world. You just have to be aware of some best sources and then you can get your seeds within a few clicks. However, as the state didn’t allow its residents to cultivate marijuana plants, therefore, there is no doubt cultivation of cannabis plants can lead one to huge legal trouble.

Therefore, we strongly recommend you follow the local laws and guidelines before indulging in any cannabis activities.

However, possessing marijuana seeds might not be a trouble creator until or unless you don’t put them into your garden for growing. Also, you can keep the marijuana seeds in your home and grow them when the government legalizes the cultivation.

Additionally, as right now, cultivation is illegal in the state, therefore, there are not any physical stores selling cannabis seeds or related stuff. Hence you can buy cannabis seeds through online seed banks. Online stores have more variety of seeds than physical stores. Also, these online stores give you discounts and offers at which you can grab the best quality seeds at the cheapest price.

So, let’s find out which are the best online seed banks right now:

For U.S marijuana enthusiasts, ILGM is the best online seed bank. The store has a wide cannabis seed selection along with instant customer support. ILGM has regular offers and discounts with multiple payment options for placing orders. ILGM has a very positive market reputation. Join The I Love Growing Marijuana Official Sub on Reddit for regular updates.

Crop King Seeds has a wonderful, eye-catchy online website, which has more than hundreds of cannabis seed strains. 24/7 chat support with an affordable price range makes this store a perfect place to buy seeds from. Crop King Seeds these strains got reviews of the SeedFinder users, with a rating of 5.18 out of 10!

Some FAQs Related to Marijuana in State

#1. What are the charges for possessing marijuana in the state?

Possession with more than one ounce in the state can lead to up to a $10,000 fine and years of jail depending upon the severity of the offense.

#2. How can I get medical marijuana benefits in Indiana?

#3. Will marijuana be legal in Indiana?

Right now, there is no clear evidence that can make cannabis legal in the future. Though the state authorities depend on the federal government to take the right decision. However, as the other states have legalized marijuana, Indiana can take some steps too within the upcoming time. Until then, we have to wait for the right time.

Future of Cannabis in Indiana

Indiana has right now very strict guidelines for cannabis and therefore, in 2021 one cannot indulge in cannabis-related activities as doing so can lead the offender to huge legal trouble. Although CBD is permitted to some extent for those who need treatment. Therefore, within the upcoming time, we can witness the state taking some positive decisions for marijuana enthusiasts.