Cannabis legalization in the U.S has been a reality in 2021. In most states, you can access cannabis to some extent. Either it is about a medical aspect or the personal aspect, different states have different rulings for their citizens.

However, Idaho is the state that is completely opposing marijuana acceptance in the country’s different states. Therefore, we bring here a complete guide for you to know about the cannabis laws in Idaho. From the historical changes to the recent updates, you will be getting each law to know about.

So, let’s get straight into it: 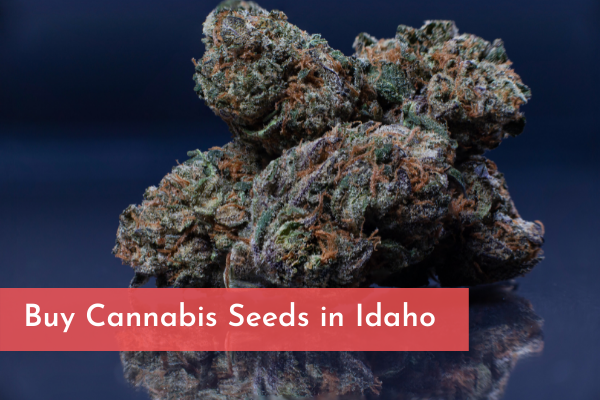 A big no! Idaho state is completely against all types of marijuana uses in the state. Either it is about the recreational purpose or medical usage, marijuana is not allowed in the region. That doesn’t mean the people have never tried to make cannabis exist officially. Rather historically there were many attempts to legalize marijuana for different purposes, however, till now none of the attempts got succeeded, unfortunately.

Even from the earlier time of marijuana prohibition in the state during the global trend of cannabis ban, this state was one of the first states to strictly implement the guidelines. Although in today’s era, where the government and authorities have considered marijuana’s importance in the medical field and people’s lives, Idaho is a way behind the race! Also, where other states have improved their revenues through cannabis taxes, this state is still behind to make cannabis available for even medical patients.

Well, you might be surprised to know about the historical journey of Idaho regarding the positive change in marijuana legislation for the people as most of the bills got failed. One of the reasons is also higher authorities’ willingness that they are more conscious regarding people’s health.

In a nutshell, within Idaho, you cannot even dream about cannabis!

History of Idaho Regarding Cannabis

People of Idaho were already aware of cannabis and its usage from a very earlier time. However, in the earlier 1900s, when there was worldwide cannabis prohibition, at that time, Idaho completely outlawed marijuana in 1927. One of the reasons for such a decision was people’s cannabis usage habits. As the Idaho people got to know about smoking marijuana and its psychoactive effects, people were more likely to be distracted and therefore, there was a decrease in productivity.

Even though the Mayor of Boise also noted his concerns stating, “smoking in cigarettes or pipes of marihuana or grifo. its use is as demoralizing as the use of narcotics.” Hence you can get an idea of the unusual effects of marijuana on people.

Later on, until the end of the 20th century, the state didn’t make any huge changes in the legislation until 2012 and 2014. When there were two times attempts for field ballot initiatives to vote on medical cannabis. Unfortunately, both times, the initiative was failed. However, in the year 2018, another attempt was made, but it was withdrawn before any fruitful result!

When medical cannabis was not legalized then there was an attempt to make at least CBD oil available in the state, which was vetoed by the Butch Otter.

Finally, in the year 2015, Idaho Attorney General permitted to use of CBD containing 0% THC. Although this was the first time when cannabis was allowed to exist in the state, however, getting CBD with a 0% THC level is near to impossible.

On the other hand, as there is no way to make marijuana exist in the state, therefore, people cannot find any resources easily to get CBD with 0% THC.

In a nutshell, Idaho state has been one of the strictest states for cannabis and one can rarely think about marijuana within the region. That is why people used to cross the borders and visit neighboring states for marijuana-related things where it is legal.

Current Laws in Action in Idaho

Although the state has almost no chance to make marijuana exist in the state. Make sure you are aware of the current laws in action there:

Unfortunately, in 2021, there is no medical marijuana program for the residents. As said earlier, there were attempts in 2012, 2014, and 2018 to initiate ballot vote for medical cannabis thought they were not successful and ultimately led the medical cannabis to illegalization.

Senate Bill 1146a, which would allow medical marijuana enthusiasts to access CBD oil legally was aimed to support patients with medical conditions such as severe epilepsy. Though it was vetoed by Butch Otter stating, “It ignores ongoing scientific testing on alternative treatments… It asks us to trust but not to verify. It asks us to legalize the limited use of cannabidiol oil, contrary to federal law. And it asks us to look past the potential for misuse and abuse with criminal intent.”

Ultimately, in 2021, there is no constitutional law that can allow one individual to access cannabis in any form in Idaho. As possession, cultivation, sharing, consumption, everything is banned, people have to wait until there is no further change in the legislation. Also, the authorities have been quite strict against the offenders and imposing heavy charges along with imprisonment.

FAQs Related to Cannabis in Idaho

Here are some queries that will clear most of the doubts on marijuana in Idaho. Let’s have a look:

#1. Can I buy cannabis seeds in Idaho?

No chance! As per the latest laws, cannabis existence in the state is near to impossible. Therefore, there are not any sources from where you can buy cannabis seeds. Also, you will not want to be caught by the cops after buying it.

#2. Can I get medical marijuana allowance in Idaho?

#3. How much cannabis can I possess?

Legally you cannot possess any amount of cannabis. However, 3 ounces or less quantity of marijuana possession will be treated as a misdemeanor punishable with up to $1,000 and even up to one year of imprisonment.

#4. Can marijuana be legalized in the future?

Depends upon the decision of the authorities. As the current situation is very strict, it is hard to say anything for the future.

Yes! You can access cannabis in the other state where marijuana is legal and visitors are allowed to indulge in any of the cannabis activities.

#6. What drugs are legal in Idaho?

All cannabis-derived substances containing THC are treated as Schedule I drug in the state. However, Epidiolex is the only drug that is legal in Idaho after prescription.

#7. What are the penalties for marijuana possession?

Within 3 ounces or less possession of marijuana is a misdemeanor and one can be fined up to $1,000. However, if someone is caught with more quantity than 3 ounces then it will be considered as a felony and the offender can be sent to jail for up to 5 years with up to a $10,000 fine.

#8. What are recent marijuana updates in Idaho?

In 2020, an attempt to cultivate hemp in Idaho passed the Senate but somehow, got stuck in committee.

#9. Historically, was marijuana existed in Idaho?

Well, yes! In the earlier 20th century people were aware of cannabis and its effects. That is why it got banned after several years.

Officially, CBD oil with 0% is permitted to be accessed however, there is less chance that you can find any physical store selling cannabis-related stuff near your location.

From the right now situation in the state, it will be stupidity to think about cannabis within the region. Heavy penalties and court trials are there to welcome the offenders. Apart from this, the state is even not permitting cannabis for medical patients.

Considering the situation right now in Idaho, there is very little chance that marijuana will be available for both recreational and medical users. However, people and authorities have somewhat demanded its official existence in the state within time, therefore, we can only wait until there is no positive legislative change is made!

Until then, read our next guide here!