Hawaii is one of the American states where it is popular for its local cannabis strains through personal usage is not permitted in the state. Also, there are certain changes in cannabis legislation in the region which one must definitely know if you are planning a trip there or residing within the state.

Therefore, this expert guide will help you the most! Read along to know everything about cannabis laws in Hawaii. 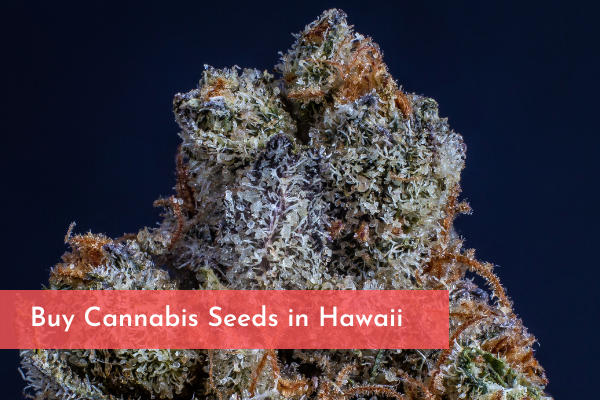 No! cannabis is not legal for recreational purposes in 2021. Although medical cannabis is permitted in the state to some extent, which we will be discussing later in detail. That means you cannot dream about enjoying cannabis in your home in Hawaii with your friends. Well, this is not where everything finishes! There’s much more to explore!

Well, pakalolo (the term for cannabis in the Hawaiian language) has appeared in one of the newspapers in the state in 1842, which ultimately shows that Hawaiian people have already known about cannabis and its effects.

Although recreational cannabis is not allowed in the state, however, medical cannabis is permitted in Hawaii since 2000. Well, this legislation change couldn’t make a big difference in the marijuana business. As there are not much increase in cannabis stores, dispensaries for the people in need. Even the state couldn’t establish a legal market for medical patients to access cannabis.

Coming to 2021, if you are residing there then you must be knowing that authorities have permitted only medical cannabis hence people cannot share cannabis stuff and thoughts publicly as it can expose them to the cops!

Let’s have a look at the state’s history with cannabis:

History of the Hawaii Concerning Marijuana

The history of Hawaii with cannabis starts way back in the mid-19th century when the “pakalolo” term is used in Ka Nonanona in 1842. That ultimately showed the people’s interest in cannabis and also that they were already aware of cannabis-related things.

Soon the federal government passed out enforcement to vanish cannabis from the state due to certain reasons. Well, this was the time when cannabis use, consumption, and cultivation declined heavily as the local authorities along with federal authorities enforced cannabis prohibition.

Additionally, during the 70s, the operation Green Harvest almost vanished the cannabis from the state. Under this operation, around billions of dollars, worthy cannabis plants and stuff rotted. Local authorities in full destroy mode vanished the marijuana fields, plants, and stuff wherever they founded.

Well, this was a part of DEA’s nationwide War on Drugs which covered seized marijuana in more than two states in the operation.

Later after several years, Hawaiian people’s cannabis enthusiasm made them the marijuana capital as Hawaii was one of the first states to legalize medical cannabis in 2000. However, the state was unable to create a cannabis market or increase the businesses. However, it took around 15 years to initiate a medical marijuana dispensary program where the medical patients after the doctor’s consent can access cannabis. Act 241 was passed in July 2015 where the Hawaii Department of Health was to monitor this dispensary program and aimed to provide marijuana manufactured products as of July 2016.

Well, all of this happened in 2016 and later one year, in 2017 finally, the first legal medical cannabis dispensary sale was made in Maui.

Overall, the cannabis history of the Hawaii state is quite rich where we can see the region as a marijuana hub that was even destroyed but within the time it is getting its recognition back though, in 2021, only medical cannabis is allowed officially.

Current Laws in Action in Hawaii

After too many historical changes in cannabis legislation, you must be aware of the current laws and guidelines that are in action in the state:

As personal marijuana is illegal, therefore, cultivation is also banned in the state. However, medical patients are allowed to cultivate cannabis plants up to 10 plants per household. Additionally, these cannabis plants must be grown in the private space of the patient or caregiver. However, before indulging in any cannabis activity the patient must have to register with Hawaii 329 health card that is implemented after the medical marijuana dispensary program.

No one is permitted to consume cannabis in public space. Medical patients are allowed to consume, smoke, or eat cannabis stuff only in private places where smoking is not prohibited. Although one must be of adult age to consume medical cannabis. An exception is for those minors who are in severe medical conditions.

Hawaii is one of the first states to legalize medical marijuana. The state legalized cannabis usage for medical purposes from 2000 although the medical marijuana dispensary program was launched after 15 years in 2015. As at the beginning of medical allowance, the authorities didn’t establish the cannabis market or dispensary. Therefore, they have to make a program for the same where people can access cannabis manufactured stuff.

Also, under this program, the patients are permitted to be registered with the officials and get 329 cards which will be working as their medical recognition. Additionally, the out-of-state residents and patients who have qualifying medical symptoms under the Hawaii authorities’ mentioned conditions can also apply for this program. Therefore, this program was ultimately aimed to give patients the benefit of medical marijuana.

Overall, in 2021, the medical marijuana program is quite improved in Hawaii state where the authorities have aimed for maximum benefits to the patients by this initiative. Although the patients or caregivers are required to register and have the 329 Hawaii card. Even for out-of-state residents, these rules are to be followed.

How to Buy Cannabis Seeds in Hawaii?

You have to wait until recreational cannabis is not permitted in the state and then you will be able to grow cannabis plants for your personal needs. However, only patients under medical need are allowed to grow some cannabis plants. Till here, you must be aware of the slow working mechanism of the official dispensary, therefore, you cannot hope for these sources for the best quality of cannabis seeds.

Therefore, the only way you can get the finest cannabis seeds to grow in your home is through online stores! Several online seedbanks sell directly from the breeders and hence the quality of seeds is fresh and the best!

Well, you don’t need to dig the web online for getting the list of the best online seed banks. As here we are mentioning the world’s best cannabis seed banks that can give you the maximum benefits through their seeds. Have a look:

ILGM ships instantly the U.S orders directly from the California warehouse. Has popular seed strains in stock and excellent customer support for the buyers. Multiple payment options are available along with huge discounts during the sale!

Join The I Love Growing Marijuana Official Sub on Reddit for regular updates.

One of the most reputed and popular cannabis seed banks. Ships worldwide in a private manner while seeds are available at affordable rates. Crop King Seeds has a huge positive market reputation. Multiple payment options including bitcoin are available along with 24/7 online chat support. Crop King Seeds these strains got reviews of the SeedFinder, with an average rating of 5.18 out of 10!

How to Choose the Best Seed Bank?

Choosing the best one among thousands of options is tough?

Especially when you are new to the market!

Why not you can get a short and crisp guide that you can use anywhere to ensure that you are dealing with the best quality cannabis seed bank?

Well, here it is:

If you somehow get puzzled while deciding the best cannabis seed source then this guide is made for you. From an experienced buyer’s point of view this guide is going to help you out the most:

1. Market image is the key

While going to any offline store firstly and before investing any amount of money we make sure that the store delivers good quality services. Right? Sometimes we even confirm from our knowns and friends.

This is the same with the online stores!

You have to check out the online seed bank’s market reputation, previous buyer’s reviews that can give you deep insight into the quality of service before handing over the money to the store. For example, the above-mentioned seed banks have a very high market reputation and at different forums, review websites, people have praised the store.

Therefore, these sources will be something which you can rely on for putting your money in!

2. Quality is the king

Doesn’t matter you are putting $1 or $100 in the store; you want to make that amount worth the quality of service you are getting!

Therefore, don’t be distracted by the number of seeds that an online store holds, make sure you have the best quality of seeds even though the store has a limited quantity of seeds.

3. Customer support is a must

This is the point which you have to make sure is excellent in the case of online stores. As at any point in time, you may need the help of a company to inform you about your order or even you might need answers to your query.

Also, in the case of returns, you want an instant response from the company so that you can fulfill the process before the return period gets over.

So, these are some three major points that you can check out while deciding the best seed bank or best online store. Although you are recommended to make your own preference and then prioritize the shops accordingly. As the ultimate goal is to get the best quality and make your hard-earned money worth it!

Future of Cannabis in the State

Hawaii is the state which people believe is cannabis capital. After the first legalization of medical cannabis, the state almost got this recognition. However, yet in 2021, the state didn’t have legalized recreational cannabis. Though a small amount of possession is decriminalized. Considering the historical changes and demands of the Hawaiian people, cannabis laws in the future might take the path of positive change.

That means the cannabis future in Hawaii state is brighter and marijuana enthusiasts can get a piece of good news within the upcoming time.