Cannabis has been showing its importance in people’s daily lives around the globe. That is why many developed countries such as U.S and Canada have accepted cannabis in different aspects. Either it is in the medical field or about personal usage, cannabis has been somewhat legalized in both countries.

Although within the United States, many states have already legalized cannabis in both manners i.e., recreational and medical use. However, in Georgia, the medical marijuana bill is pending for 30 years and it is still in between to be considered officially.

Georgia state has legalized high CBD stuff in its region such as CBD oil, however, medical marijuana enthusiasts are still waiting for cannabis existence in the state officially. 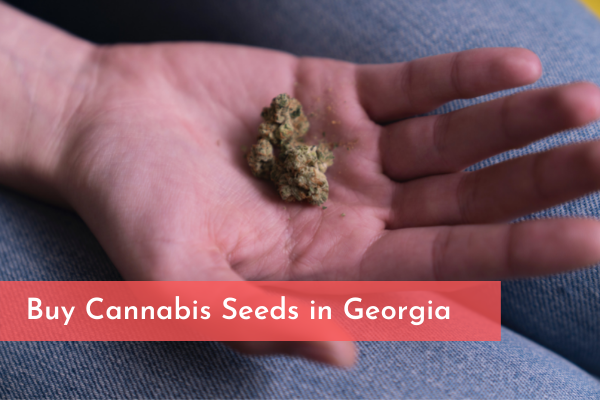 Is Cannabis Legal in Georgia in 2021?

No! neither recreational nor medical cannabis is legal in Georgia. That means no one can take cannabis for personal usage or medical treatment. Doing such will offend the constitutional law and the offender will be punished heavily including sending jail to some monetary fine.

Well, the state’s history has been quite interesting regarding the legalization of cannabis. Especially for medical cannabis enthusiasts, which we will be discussing further in detail. Till now, in 2021, the government has only permitted cannabis oil with less than 5% of THC concentration in it. Although different cities have decriminalized some small possession of marijuana and also reduced penalties.

Considering the other states’ marijuana laws, Georgia has been quite backward regarding allowing cannabis existence in the state. Even though people have demanded at least a medical allowance. Historically, there was a bill proposed for medical allowance, however, it is still pending to be implemented in the region.

Overall, in 2021, one cannot make a trip for a ‘cannabis tour’ in Georgia state as recreational and medical cannabis remains illegal. Though some high CBD content is permitted, therefore, some medical patients of the state can get benefit from it.

This is true that cannabis has been introduced to the human civilization a way back during ancient time. However, within America, marijuana was already quite famous among its people during the earlier time of the 20th century. As once it was introduced to one of the regions in the U.S, it was spread like a fire among different states and counties. People were already cultivating hemp for home uses and industrial purposes.

Although the earlier time of cannabis was quite restricted in the country and even in its states, Georgia gets its historical recognition for cannabis during the late 20th century when there was a huge demand in the state for medical allowance of marijuana.

During the 1970s and 1980s, people were already using cannabis under the streets without letting officials know. That is why many people were convicted as drug smugglers in Georgia during that time. This ultimately showed that marijuana was already quite popular among the people though they were just waiting for official allowance.

In 1984, even country sheriffs including John David Davis were convicted for smuggling cannabis into South Georgia. Ultimately, under the authorities, there was a dark region where people were trading cannabis in the state and some of them got caught later on.

Also, during the 1980s, considering the medical demand, a bill was proposed to legalize medical cannabis in the state and it was even passed by the Senate and House vote. This law was aimed to help medically ill patients with certain diseases. However, some circumstances made this bill to be lingered in the book till now.

Coming to a few years back history, in February 2015, Georgia House passed a bill allowing cannabis oil up to 5% of THC concentration. From 16 April, the low THC cannabis oil was legalized for medical use in the state.

Overall, the history of the Georgia state has been quite rich considering different marijuana law changes however, in 2021, only limited CBD oil to medical patients is allowed.

There are certain guidelines and currently different laws in action which describes the marijuana existence in the state in 2021:

Cannabis possession in Georgia state is strictly prohibited as it is illegal. To some medical extent use with limited THC level is permitted, therefore, a medical patient can access that stuff. However, public possession of any cannabis-related stuff can lead the offender to huge legal trouble.

Some other jurisdictions that have reduced penalties are South Fulton, Forest Park, Kingsland, Statesboro, and Clarkston.

From April 2019, in-state cultivation of cannabis along with the sale of low-THC oil was permitted through a legislation change. However, that doesn’t mean that anyone in the state can grow cannabis plants in their homes. Cultivation remains illegal in Georgia in 2021.

Medical patients can access CBD oil with limited THC levels and can use them in private spaces. Public consumption, or dealing with cannabis is illegal and can lead the offender to legal trial along with a huge monetary fine.

The state could allow medical cannabis in its region from the earlier time of the 1980s, however, due to some reasons the bill supporting legalization of medical marijuana lingered in books somehow. That resulted in a huge delay of more than 30 years that medical cannabis is still pending to be made officially allowed.

Only CBD oil under 5% of THC level is permitted in the state for medically ill patients through cultivation, possession of edible cannabis stuff is highly prohibited. Also, certain medical diseases are kept under qualifying conditions for getting CBD oil, which is already discussed above.

Apart from this, medical patients are bounded to certain limits and they cannot possess, consume cannabis-related stuff even in public places. Therefore, we can say that until medical marijuana is not officially allowed, one cannot get cannabis stuff in Georgia easily.

After the allowance of in-state cultivation and sale of CBD oil in 2019, there was little hope for cannabis businesses in the state though there is much space for improvement.

Overall, medical cannabis in Georgia has yet to be legalized officially and unlike the other states of the U.S, Georgia has not had that much marijuana existence in the region officially even for medical patients. Though to some extent, CBD oil is permitted in several conditions, there is much space for the authorities to make changes for medical cannabis enthusiasts.

Where to Buy Cannabis Seeds in Georgia?

As said earlier, it is illegal to do any cannabis activity in Georgia state including cultivation. However, some limited use of CBD oil is permitted but no one in the state is allowed to grow their own cannabis stuff. Also, as there are no physical dispensaries due to not complete medical marijuana legality, therefore it is quite tough for one to get cannabis seeds from the state’s store.

Also, we strongly recommend you to be first aware of the local laws and guidelines then took a step ahead for cannabis-related dealing. However, growing cannabis seeds is illegal, and possessing them is not. Hence, you can have cannabis seeds in your house until or unless you don’t put them in your garden to grow.

Well, as there are no physical stores that can give you cannabis seeds in Georgia, therefore, we recommend you to go for online seed banks. Under online stores, you will be having wide categories of cannabis seeds depending upon your cultivation skills. Also, you can have huge deals at cheap rates as online stores regularly offer some huge discounts.

In short, online seed banks are the best as you can have multiple benefits from them.

Best Seed Banks on the Planet

Within California, ILGM has its own warehouse and it directly ships U.S orders from there. Additionally, the company has a wide category of marijuana seeds at an affordable price range. ILGM gives multiple payment options and instant shipping services along with huge discounts. Join The I Love Growing Marijuana Official Sub on Reddit for the regular updates!

Crop King Seeds offer almost every category of cannabis seed strains. Ships worldwide and has user-friendly customer service. Has a huge positive market image and an excellent rating on Trustpilot. Best for all types of cannabis growers, this seed bank is one of the reliable stores.

If you want to have the freedom for choosing any type of cannabis seeds then MSNL is the best option. MSNL has a stock of hundreds of strains along with an affordable price range. Bulk seed orders are cheaper at MSNL and they deliver rapidly within 7 working days. MSNL has very positive reviews on different review forums. MSNL seed bank has got 5.01 user ratings on SeedFinder out of 10!

Future of Cannabis in Georgia

Cannabis in Georgia right now getting its recognition among the authorities. Although historically, people are already familiar with its uses, and therefore, it is popular in the state. However, officially, only a limited variety of cannabis oil is available within 5% THC level but within the coming time, medical marijuana enthusiasts can witness some positive changes in the legislation.

Therefore, the cannabis future in Georgia is brighter for marijuana enthusiasts!