If you are planning a trip to Florida for a ‘cannabis tour’ then you might have to hold on! As there are many laws which got updated within a few years bank hence you need to be aware of them to make sure you don’t involve in any legal issues.

Also, Florida has been a state where cannabis legislation is always a topic to debate. Therefore, to know about everything related to cannabis in Florida, you are at the perfect place. This guide will be covering the historical journey of cannabis to the latest laws that are in action in Florida. 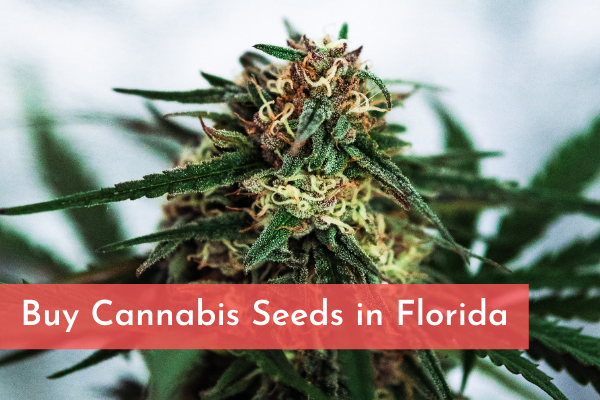 Is Cannabis Legal in Florida in 2021?

Cannabis in Florida is legal for only medical usage. That means recreational cannabis has been illegal in the region. One cannot use marijuana for personal enjoyment within the state. Also, the state has considered 20 grams of marijuana possession as a misdemeanor offense which is punishable by up to one year in prison along with a fine of up to $1000. In addition to that, one can also lose his/her driving license.

With that much restriction in the state, does cannabis exist?

Well, yes! medical marijuana is allowed in the state, the government has given certain guidelines to be followed by the patients in need, which we will discuss in detail later. Also, different counties have marijuana law reforms to reduce penalties in non-medical cannabis usage and possession.

Well, medical marijuana allowance in Florida was not easily implemented. The state was unable to approve the medical marijuana program in the year 2014 when the bill was approved by the Supreme Court of Florida but failed on the ballot with 57.6% of the votes (To win 60% is required as supermajority). Additionally, many circumstances were created for the unfavored result.

In short, in the year 2021, you can only get medical cannabis existence in Florida.

History of the State With Cannabis

Historically Florida has been a beautiful place where people used to be aware of hemp, cannabis stuffs from the very earlier time of its existence. However, during the federal prohibition of cannabis, while the global trend was going on, Florida also made cannabis away from its residents.

However, the positive changes in marijuana legislation took placed from the year 2014 when Governor Rick Scott signed a bill allowing low THC and high CBD cannabis oil produced from the strain of cannabis such as Charlotte’s Web. Considering the history of the state, it was the very first time when the state got positive changes in laws for marijuana lovers in the region.

Later on, people also tried to make whole medical cannabis legalize however, it was failed in the first attempt of the same year i.e., 2014. Some circumstances made this attempt unsuccessful while the bill was approved by the Supreme Court of Florida.

Ultimately, medical marijuana in Florida got legalized in the year 2016 during the second attempt for legalization. This time the law won by 71% of the votes and was approved on November 8, 2016. This law allowed physicians to recommend cannabis treatment for several medical conditions. That means one can only access medical cannabis after the doctor’s prescription. Additionally, the qualifying medical conditions were also defined by the authorities.

Apart from this, in the initial state of the medical marijuana law, patients were not permitted to smoking. That means only edibles, oils, sprays, pills, and vaping were allowed. However, from March 2019 the government took off this restriction after several proposals.

Overall, in short, the cannabis history of Florida state has been quite rich with the different adaption of cannabis laws. Well, if you residing in the state in 2021, you can have medical cannabis access without any issues.

Although the history of the state has been filled with different proposals of marijuana bills and laws, you must be aware of the following laws that are in action since the implementation. Also, some guidelines to help you know these laws better:

Recreational possession is restricted in the state. Medical patients are allowed to possess up to 2.5 ounces of cannabis. Additionally, one must not have more than 35 days of cannabis supply either for medical treatment. Also, a person with a medical illness cannot possess more than 4 ounces of smokable cannabis. Well, there are different guidelines for the legal representatives under which they are not permitted to possess more than a 70-day supply of cannabis at any time.

Cultivating marijuana for personal use or for medical need both are illegal in Florida. Therefore, the residents are permitted to access cannabis from only dispensaries in case of medical need after the physician’s recommendation.

Consuming cannabis in public places in Florida is illegal. Also, one cannot indulge in cannabis activity around the school, university campuses, parks, public transport. Driving under the influence of cannabis is strictly prohibited and can lead the offender to huge fines along with a legal trial.

Also, medical patients under the age of 18 are not permitted to consume cannabis via smoking until he or she is not suffering from a terminal condition.

In a nutshell, medical cannabis is permitted in Florida and one can consume that in private space only.

Medical marijuana law was approved on November 8, 2016, and since then cannabis for medical use is allowed in Florida. Though before legalizing medical usage, there was one attempt that was not successful before. However, for medical marijuana enthusiasts, the authorities have permitted terminally-ill patients to use cannabis under the Right to Try act from 25 March 2016 although medical cannabis was legalized later in November the same year.

Overall, medical cannabis in Florida was approved after experiments and trials also when the people have demanded it for the most. Ultimately, the people of the state are now getting benefits from this legislation change.

Where to Buy Cannabis Seeds in Florida?

Though cannabis cultivation in Florida is illegal and even medical patients are not permitted to grow their own marijuana plants, possessing cannabis seeds might not trouble you. Also, we strongly recommend you to confirm and be secure by the local government laws.

As the authorities might catch you only when you will be growing cannabis seeds in your house, therefore, you can keep seeds until growing them is not officially permitted. Additionally, you can also look out for the best sources from which you can get the best cannabis seeds, and later on, after legalization, you can visit back for purchase.

As the local government is against cannabis cultivation, therefore, it will be hard to find cannabis seed sources in the region, and buying from the unknowns under the streets can lead you to high risk. Also, the quality of cannabis seeds is not worth your money. That is why online seed banks are the best option.

Don’t worry! We will be giving you the world’s top three cannabis seed banks that are highly recommended by other cannabis enthusiasts around the globe. Have a look:

MSNL has a wide selection of different strains and covers almost every strain for different types of growers. Has multiple payment options, ships worldwide and contains only the best quality seeds in stock directly from the breeder. MSNL has a very positive market reputation.

ILGM is a one-stop destination for all of the cannabis requirements for U.S residents. This company ships instantly from a California warehouse. ILGM stocks hundreds of strains to choose from along with the best quality of strains. Has multiple payment ways and excellent customer support. Join The I Love Growing Marijuana Official Sub on Reddit for regular updates!

Crop King Seeds is the best in providing you world’s finest quality seeds at an affordable price. Regular offers and discounts are something that its buyers love the most. With a huge market reputation and 4+ ratings over Trustpilot, it is one of the reliable online stores in the cannabis market. Ships worldwide and has 24/7 chat support. Crop King Seeds these strains got reviews on SeedFinder with an average rating of 5.18 out of 10!

Future of Cannabis in Florida

Florida has a history of regular updates of cannabis laws. Although ultimately it relaxed the laws for medical patients. Well, considering the demand in the state, there were proposals for legalization and somehow medical cannabis was permitted along with decrease penalties for small possession in different counties.

Therefore, within the upcoming time, marijuana enthusiasts can witness some positive changes in the legislation. The future of cannabis in Florida is brighter!