Cannabis has been a wide topic to discuss in different countries. In some of the countries, authorities have considered the importance of marijuana in the medical field and therefore, they have made cannabis available officially. However, recreational cannabis still suffers to get recognition in some regions and Delaware is one of those states.

Delaware has illegalized recreational marijuana though medical cannabis usage is permitted with certain guidelines. Therefore, if you want to know about Delaware’s cannabis laws then you are at the perfect place. This guide will make you an expert on cannabis laws in the state. 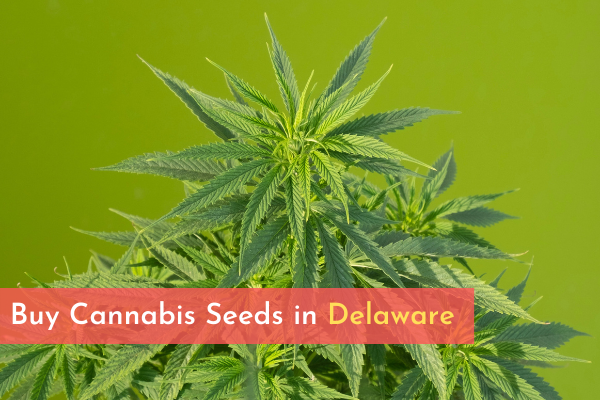 Is Cannabis Legal in Delaware in 2023?

Yes! Cannabis is legal in Delaware for medical usages for certain conditions for adults. Whereas recreational cannabis is still in between to be legalized. That means one cannot use marijuana for personal reasons in the state.

Apart from this, the medical legalization in the state took effect in 2011, which allowed the patients to get cannabis treatment for different diseases. Though, we will discuss medical marijuana in detail later. However, as medical cannabis was legalized in the state, there was a demand for the legalization of recreational marijuana as well.

No doubt, there were attempts for the same but unfortunately, the authorities could only decriminalize the small possession of it from June 2015. Additionally, there were strict regulations and laws for minors as cannabis remains illegal for minors (below the age of 21).

In a nutshell, in 2023, cannabis is allowed in Delaware for medical usage whereas personal usage is still not permitted. Therefore, if you are planning a trip there and thinking about marijuana to enjoy then you might have to halt your planning!

The cannabis history of most of the states in the U.S has been quite rich and so does Delaware. This state has also rich history where people used to be aware of cannabis and its usage in different aspects from the earlier 1900s. This was the time when people were also encouraged to cultivate industrial hemp for industrial and personal purposes.

Although this cannabis popularity didn’t remain for a long time as after some years, the state banned cannabis as the worldwide marijuana prohibition was taking place. This led the state to a huge decline in marijuana-related businesses.

Long story short, at the end of the 20th century, the state started taking some decisions which showed hope for making cannabis exist in the region. Ultimately, from May 2011, Governor, Jack Markell signed legislation that allowed adult patients of the state to use cannabis and possess up to six ounces with certain medical conditions.

This was the time when marijuana in the state re-existed officially after years of prohibition. Well, the authorities have mentioned some qualifying diseases for obtaining the facility of this program. Additionally, this law also came with a condition to get a card for $125 which renews every year to obtain medical marijuana benefits.

In 2015, data showed that most of the people who received medical cannabis benefits from the card were treating medical symptoms of pain, muscle spasms, and cancer.

In short, the history of Delaware is quite enriched with the people’s enthusiasm for cannabis, which resulted in medical legalization. Though, in the beginning, the laws were quite relaxed.

Though the history of the state is filled with legislation changes, some certain guidelines and laws are in action in the state, which you must be aware of:

Cannabis consumption in public places is not permitted. Even in private stores, near schools, university campuses, in cars, or places where smoking is prohibited, consuming cannabis remains illegal.

Medical patients can only indulge in cannabis activity in the private space only.

Medical marijuana in Delaware was permitted from the year 2011. As said earlier, along with qualifying medical conditions, one has to get the medical card issued from the authority after application for $125. This will give access to the patient to get cannabis-related stuff from the authorized place. However, this card renews every year once.

In addition to that, the medical marijuana program was not smooth resulting in less availability of marijuana drugs. People used to buy from the street by paying a very high price. Also, people used to struggle for getting drugs, and sometimes they used to get it from a distant place.

Well, the very first marijuana clinic in the state was firstly opened in Wilmington in June 2015.

Apart from this, the medical allowance of cannabis in the state gave birth to new business opportunities. Also, there was a growth in the government’s revenue from the cannabis section. Well, this can be increased more if recreational cannabis was also permitted.

How to Buy Cannabis Seeds in Delaware?

As recreational cannabis is illegal in the state, therefore, there is no chance that you can possess or get cannabis stuff for your personal use. This can lead you to huge legal trouble, which you never want. In addition to that, the government has also restricted cannabis cultivation to medical patients. That means even though the medically ill patient can get marijuana treatment but one can not be permitted to grow his or her own cannabis plants.

That means you cannot grow cannabis plants in Delaware legally! Also, we recommend our readers strongly follow the local guidelines.

Well, that doesn’t mean you cannot possess cannabis seeds! The authorities can find you only if you will put your cannabis seeds in the garden to grow.

However, you can also keep cannabis seeds until growing it is not officially permitted. As the state has illegalized cannabis cultivation, therefore, there is very little chance that you can find a reliable physical store there.

Therefore, we recommend you to go for the online cannabis seed banks. As online stores have a wide selection of cannabis seeds along with popular variety, instant customer support, huge discounts, and much more which you might not find in the offline ones.

In short, growing cannabis seeds in Delaware is illegal but possessing them is not. However, you can also confirm from the local authorities as the laws got updated regularly. Once you are allowed to possess seeds, you can look over the planet’s best seed banks that can deliver you quality services.

For a wide selection of cannabis seeds, instant customer support, and strain for every type of grower, Crop King Seeds is the best. This seed bank has excellent customer service and provides multiple payment options. Best for all types of cannabis enthusiasts. Crop King Seeds these strains got reviews on SeedFinder, with an average rating of 5.18 out of 10!

If you are residing within the United States then don’t miss out on this seed bank. ILGM or I Love Growing Marijuana is a one-stop destination for all of your cannabis needs. Has huge market reputation, ships privately and faster. One of the warehouses is in California resulting in instant shipping. Join The I Love Growing Marijuana Official Sub on Reddit for regular updates!

Wide categories for cannabis seeds with an affordable price range. Faster and discreet shipping. Multiple payment options along with a positive market reputation. Best for beginner and experienced growers.

Future of Cannabis in Delaware

The state has been quite positive towards cannabis existence in its region. From its historical journey to 2023, the state has taken positive steps when there was a demand for the right. Either it is about the medical allowance of cannabis or decreasing penalties for cannabis offenses. Therefore, we can say that within the upcoming time, the marijuana lovers in the state can witness some positive changes in the legislation.