Connecticut is one of the states where marijuana laws have been quite strict from the time. Though medical cannabis is still permitted and the individuals are allowed to access cannabis in case of medical help. Unfortunately, recreational marijuana has been illegal in Connecticut and therefore, cannabis for personal enjoyment can lead the offender to huge monetary fines and imprisonment.

Apart from this, there are many new guidelines which you need to know whether you are residing there or planning a trip!

So, let’s dive deep into it: 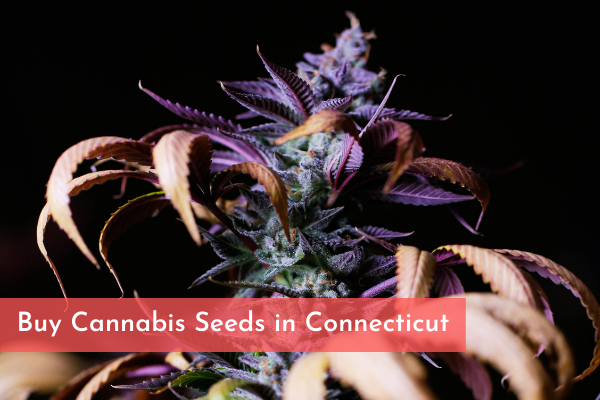 Is Cannabis Legal in Connecticut in 2021?

Yes! Cannabis is legal for medical purposes. No! cannabis is not legal for recreational users. Now! It must be clear that one can not enjoy cannabis publicly or privately in Connecticut. However, medical marijuana enthusiasts have more opportunities to access it.

On the other side, considering the other states’ laws Connecticut has been quite backward to consider marijuana’s importance. Many other states such as California, Colorado, and others have been restricted the use and cultivation of marijuana while later within time, they legalized both recreational and medical use.

However, Connecticut has been still struggling to make recreational marijuana exist officially. Although decriminalization has been made in the state for very small possession while the larger quantity of cannabis can lead to heavy fines and many years of jail.

In short, in 2021, if you are aiming for a ‘cannabis tour’ in Connecticut then it might not succeed as recreational marijuana remains illegal in the state this year. Although small possession is decriminalized and one can be fined up to $200 – $500 if found guilty. In contrast, many other states have already made marijuana official for personal and medical usage.

Connecticut has a rich marijuana history similar to some other states. In the earlier time of the 20th century, people of the state used to grow industrial hemp and the government also encouraged its residents to grow hemp. As the hemp was used for ropes, useful substances for home, therefore, in the initial time, it was quite popular.

However, as World War II happened and the whole world took a trend to restrict cannabis, authorities also banned industrial hemp in the state. Although marijuana was already restricted at the federal level and this time, the existed cannabis business also faded away.

Well, later after years, the state legalized industrial hemp considering its importance in businesses and daily lives. Also, this time cannabis’ medicinal effects were impressing the authorities. Additionally, people started demanding cannabis in the medical field to get treatment.

Ultimately, in June 2012, the government legalized medical marijuana for its residents in the state. This was the first time when cannabis got its existence in the state officially. However, before that many attempts were already made for recreational cannabis and those got failed due to certain reasons.

Well, before legalizing medical cannabis in 2012, the authorities have already decriminalized small cannabis possession. This resulted in recreational cannabis’s existence in the state with certain limits. Well, we will be talking about the laws in detail later.

However, in a nutshell, the laws for cannabis in Connecticut state have been regularly updated within time. Additionally, people of the state were already into cannabis usage. Ultimately, the laws got relaxed within time.

Current Laws in the State

After knowing the history of the state for cannabis, here is brief coverage of the laws that are currently in action in Connecticut:

Possession, Cultivation, And Consumption of Cannabis

To indulge in any cannabis activity in Connecticut, one must have to be 18 years or above. This is a must for even getting medical cannabis benefits. On the other hand, medical patients can possess up to 57 grams (2 ounces) of cannabis. Whereas recreational cannabis is illegal, therefore, non-medical users are not permitted to possess cannabis.

Although if anyone is caught with marijuana up to 0.5 ounces (14 grams) then he or she has to pay a regular fine of $150 which can go up to $500 depending upon first- or second-time possession. However, if anyone possesses more than 0.5 ounces of cannabis then it will be considered a misdemeanor and the offender can be fined up to $2000 and even up to one year of jail.

Growing home marijuana is illegal in Connecticut. Even for medical users, the authorities have prohibited growing marijuana. A patient in medical urgency can only have cannabis from the authorized dispensary. While one cannot grow his/her own cannabis plant.

However, medical patients can consume edibles and cannabis-based stuff in private space only.

Medical cannabis got legalized in the state in 2012 and it was signed by Governor Malloy. This decision led the state to give re-birth to cannabis and related businesses in the state. Additionally, medical patients are also got benefited from this medical marijuana program.

Apart from this, this was the first time in the state when after so many years of restriction on cannabis usage was taken off and this decision satisfied the huge demand for marijuana among the people.

However, to get medical marijuana treatment one has to follow detailed guidelines. Additionally, one must have to be a state resident to get benefits from this program. This means a visitor to Connecticut state cannot get the medical marijuana program’s benefit.

Where to Buy the Best Marijuana Seeds in Connecticut?

As recreational cannabis is illegal in the state and therefore, one cannot grow his or her own cannabis plants, you cannot get cannabis seeds from dispensaries or physical stores. Even medical patients are not permitted to grow cannabis plants. This is where the online cannabis seed banks come into play!

Also, we strongly recommend our readers to follow the local government guidelines and do not offend any laws.

However, possessing cannabis is not illegal in the state, and therefore, you can keep cannabis seeds until it is not officially permitted to be grown. The authorities might find you when you will be growing these seeds in your home.

Therefore, until the authorities permit you to grow these seeds, you can check out and buy the best cannabis seeds from the planet’s best seed banks!

I Love Growing Marijuana is the seed bank that has one of the warehouses established in California, therefore, you can quickly receive your order within the U.S. Additionally, this seed bank stores the finest quality seeds which have the highest germination rate. ILGM has multiple payment options and delivers excellent customer support. Join The I Love Growing Marijuana Official Sub on Reddit for regular updates!

This seed bank has one of the widest selections of marijuana seeds. therefore, you will be having an option to choose from your favorite category. Also, Crop King Seeds ships within 2-3 days and has the best customer support. Multiple payment options and 24/7 chat support are available. Crop King Seeds these strains got reviews on SeedFinder, with an average rating of 5.18 out of 10!

Future of Cannabis in Connecticut

Cannabis laws have been regularly updated in the Connecticut state although ultimately it was permitted for medical usage. Even small possession is decriminalized therefore, we can say that within the upcoming time there might be some positive change in the legislation that can favor marijuana enthusiasts in the state.

Overall, the future of cannabis should be brighter in the state!