Cannabis in Colorado is legal in 2021 and therefore, you can enjoy cannabis in your room there without any fines! However, within a few years back, using cannabis in the state was illegal and considered a punishable offense.

Well, many laws were updated from the earlier time and the ultimate result is that now, it is officially available in the state. Along with California, Colorado is one of the states where marijuana got legalized soon after the restriction!

However, if you want to know everything about cannabis in the state then this guide will help you the most. 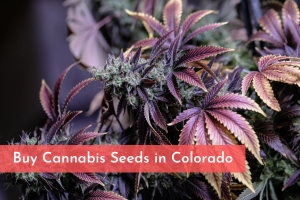 Is Cannabis Legal in Colorado in 2021?

Yes! As said earlier, cannabis in Colorado is legal in 2021. Both recreational cannabis and medical cannabis are permitted in the state. However, there are certain guidelines for obtaining medical cannabis facilities. On the other hand, for personal enjoyment, one can have cannabis in their home with certain limits, which we will discuss in detail later.

From January 2014, the state officially allowed cannabis for its residents. Since then, there was a huge spike in cannabis businesses in the state. Even the government has maximized its revenue through cannabis tax. Well, the authorities claimed to use this revenue in anti-marijuana education of minors.

Medical cannabis was legalized first in the state considering its healing properties. While the demand for personal usage for cannabis increased later medical allowance. However, officials allowed it too after several years.

Apart from this, cannabis legalization gave birth to new businesses such as cannabis retail shops and other small businesses. However, cannabis-related stuff can be sold only after authorization and selling without the higher authority knowing can lead one to huge penalties.

In short, cannabis in Colorado had been a topic to debate historically, however, in 2021 it is the term that adults can use without any penalty.

The cannabis history of Colorado begins from the earlier time of the 20th century. The state had restricted cannabis in the initial time due to its psychoactive effects. The first restriction on cannabis took place in the state in 1917 when there was a trend to limit cannabis use in the world. This restriction led the cannabis offenders to penalties and imprisonment. This was the time when cannabis possession, consumption almost came to the end in the state officially.

However, when Marihuana Tax Act came into effect in 1937, the authorities arrested many people regarding not paying marijuana tax. Moses Baca and Samuel Caldwell were the first marijuana convictions under federal law for not paying the marijuana tax. However, these restrictions could not vanish marijuana completely from the state. A

Ultimately, the good time for cannabis enthusiasts came in 2000. When the state law allowed medical use of cannabis for patients with written medical consent. This was the first time in state history when there was positive legislation change for marijuana enthusiasts.

As medical cannabis was permitted in the state, personal usage of cannabis was also in demand to be legalized. Well, after 12 years of medical legalization, recreational cannabis was legalized in 2012 November. This change in cannabis legislation permitted the adult residents (with age 21 or above) of the state to grow cannabis plants (up to 6 plants only) and also to possess some quantity.

This final legislation update made medical and recreational cannabis exist in the state officially!

Current Laws in Action in Colorado

Currently, cannabis for personal and medical use is allowed. However, you have to keep in mind certain guidelines that you need to follow. Even though cannabis is officially allowed in the region, there are certain places where you have to avoid it. These guidelines become must be known for travelers:

An adult individual is officially allowed to possess up to one ounce (28 grams) of marijuana while traveling. However, one can share the same amount (1 ounce) of cannabis with other adult individuals. While the authorities have permitted 6 plants to be grown by an adult in the state in a private space. Also, anyone can possess all kinds of marijuana stuff that he or she grows!

Six plants per individual are permitted under the cultivation section either for personal or medical usage. (With no more than half being mature flowering plants) Therefore, one can also buy cannabis seeds and can grow them in a private space.

Consumption of cannabis is permitted in private space only. It is illegal to consume cannabis in motor vehicles also while driving under its influence.

Medical marijuana was made officially available on 7 November 2000 in Colorado. As this law came into effect, medically ill patients were permitted to possess up to 2 ounces (57 grams) of cannabis for medical needs. Whereas the person is also allowed to cultivate their own cannabis plants. However, to indulge in any of the medical cannabis activities, one has to get approval and written consent.

However, for out-of-state visitors, medical marijuana possession of up to one ounce was permitted after the year 2016. Whereas consumption is permitted in private space and during drive one has to avoid cannabis to avoid the penalties!

Well, Denver got recently passed the bill allowing public consumption of cannabis. Yet driving a car under influence of weed is still illegal and can lead to huge fines.

Apart from this, after medical and recreational marijuana allowance, within the first year of implementation of the law, the state got a huge increase in revenue, estimation up to $700 million.

Overall, medical cannabis allowance in the state not only benefitted the medical patients in need but also increased the state revenue and businesses related to it. Even after the recreational allowance, there was more increase in the cannabis businesses.

Who is eligible for medical cannabis in the state?

Where You Can Get the Best Marijuana Seeds in Colorado?

As after the 2012 year, an adult individual can grow up to six marijuana plants in the home, you might be thinking from where you can get the best cannabis seeds in the state. Well, the state holds some physical stores as well which can sell you high-quality seeds. Although most cannabis cultivators prefer to buy online seeds.

There are several reasons for that!

One of the most important reasons is the liberty to choose seeds from a wide category. As online stores have seeds according to the need of the grower, therefore, you can directly search out your favorite seeds and can buy them specifically.

In contrast, the offline stores have limited categories and the quality might also differ. However, in online stores, many companies provide you germination guarantees. That means you can get another pack of seeds if their seeds do not come out of the earth!

Therefore, we also recommend you to go to the online cannabis seed stores. There you will be getting many benefits, contrary to the offline ones.

Choosing the best online seed bank is a little tricky task. Especially when you are a new grower and enthusiast in the market. Therefore, here are our favorite and top recommended seed banks from the growers worldwide that can perfectly stand on your expectations.

If you are residing within `U.S then don’t miss out on ILGM (I Love Growing Marijuana.com). One of the most popular and quality seed stores that have wide categories of marijuana strains. ILGM delivers one of the best shipping services along with instant customer support. Join The I Love Growing Marijuana Official Sub on Reddit for regular updates!

Crop King Seeds has the best quality of seeds directly from the breeders. All type of strains is available at the store. Multiple payment options are there and customer support is excellent. This store holds a special category for beginner cultivators. Crop King Seeds these strains got reviews on SeedFinder, with an average rating of 5.18 out of 10!

MSNL has limited strains but of the best quality. The store gives instant customer service along with fast and private shipping. A wide category of cannabis seeds is there to choose from. Multiple payment options and worldwide shipping are available.

Future of Cannabis in Colorado

Colorado is one of the states which initially stood against cannabis usage but in the modern era, it is one of the places for cannabis tourism in the United States. Historically, cannabis was quite popular among the people. Within the time, the cannabis law changed for sure but ultimately it got allowed for all the enthusiasts.

Even after legalization, the state got an increase in cannabis-related businesses resulting in a profit to the government. Therefore, we can say that the future of marijuana in the state will be brighter!