In some of the U.S states, cannabis laws are so relaxing that other state’s marijuana enthusiasts can get the benefit in those states. Especially medical patients, who need the help of medical marijuana the most. Although due to restrictions they couldn’t access their state.

Well, Nevada is one of the regions where the latest cannabis laws are quite relaxing. Even it also accepts other state’s MMJ and MMR cards. Therefore, to make you aware of the laws that are currently in action here is the complete guide that will make you aware of the marijuana laws and guidelines in the state. 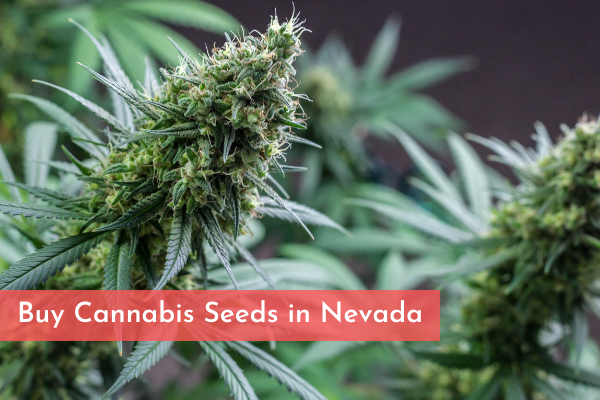 Additionally, for recreational marijuana enthusiasts in the state, lawmakers have approved another update as well. So, without taking any more time, let’s get straight into it:

Well, this might be the most bothering question that comes to your mind while thinking of marijuana in the state. Therefore, answering that, yes! Cannabis is legal in Nevada for all purposes. That means anyone residing within Nevada, can get personal marijuana for enjoyment as well as medical marijuana enthusiasts can access their medical cannabis.

However, the state holds a long history of legislation changes that we will be digging out step by step. Though in 2023, recreational and medical marijuana is legally permitted in Nevada and this complete legalization has also helped the state to raise a new revenue market.

Apart from this, medical marijuana enthusiasts have a very amazing state medical marijuana program under which there are dispensaries to access the medical cannabis along with the permission of cultivation of some plants as well if the patient resides far from the dispensary.

Even for the recreational users in the state, the lawmakers have legalized possession of some amount of cannabis along with the cultivation of plants, which is a positive thing considering the marijuana enthusiasts in the state.

In short, if you are planning a ‘cannabis tour’ to Nevada or want to access medical cannabis there then legally you will be permitted to indulge in cannabis activities. As cannabis is completely legal in Nevada in 2023.

History of Marijuana in Nevada

The history of the state for cannabis laws takes us back to the earlier time of the 20th century. Although the state followed the nationwide marijuana prohibition trend and banned marijuana in 1923. However, before that, the people of Nevada state were aware of cannabis and hemp uses and cultivation. Though after the ban officially there was quite a decline in marijuana-related businesses.

Up to the near end of the 20th century, Nevada didn’t change cannabis legislation until in 1998 the state approved the Nevada Medical Marijuana Act, which was voted again in 2000 and it got passed with 65% of the votes. This was the first time in the state that cannabis was legalized for either of purposes. Since then, medical marijuana in the state is legalized and patients were legally permitted to get cannabis treatment.

However, at the initial time, there were no regulations for working commercial medical marijuana businesses which were approved and given a framework later in 2013. However, from then the state authorities have improved the cannabis commercialization in the region and that is why the number of cultivators, laboratories, and dispensaries got increased in the region.

Apart from this, recreational marijuana in the region becomes legal on January 1, 2017, while before this legislative change, the government has made one ounce of marijuana possession a fine-only misdemeanor. Although sales of recreational cannabis began from the same year 1 July onwards.

In a nutshell, the state has changed the cannabis legislation regularly and medical cannabis was legalized before recreational legalization. However, before the complete legalization of recreational marijuana, the authorities have made small possession of cannabis a fine-only misdemeanor.

Although the historic journey of marijuana laws in Nevada is quite changing, however, you have to be updated with the current guidelines and laws that are currently in action in the state:

Medical marijuana enthusiasts can possess up to 2.5 ounces of edibles, flowers concentrate per two-week period. Apart from this, personal marijuana possession is legalized to up to one ounce only. More possession can lead one to legal trouble.

Cultivating marijuana plants in Nevada state is legal and adult recreational users (with age over 21) can grow up to six marijuana plants per person whereas per household this limit can go up to 12 plants for two adults.

Even medical patients can grow their own cannabis plants if required and the limit for them is set up to 12 plants.

It is illegal to consume marijuana in public space and therefore, consumption for any purpose must be made in private space only in Nevada until or unless the property owner didn’t prohibit to do so. Additionally, driving a car under influence of marijuana is illegal along with consumption made near the school, university campuses, and public places such as parks, public transport. This may lead the offender to a monetary fine.

Medical cannabis usage for medical patients was permitted way back before recreational legalization in the year 2000. However, this medical legalization of marijuana went into effect in the state on October 1, 2001. This law ultimately gave access to medical patients to possess marijuana for the treatment of several medical conditions. Also, patients were permitted to grow up to 12 marijuana plants. However, initially, the state government was too slow to implement a working framework to provide medical cannabis to the patients.

Even the first commercialized distribution in the state was made possible after 12 years in 2013 when Senate Bill 374 was passed. Even though still the commercial sale in the state was slow due to the limited availability of the licenses in the region.

For the first legal commercial medical marijuana operations, the state introduced around 182 businesses for cultivation, 118 for production, and 55 for dispensaries. Although 12 licenses were provided to the dispensaries in starting.

Well, as time went by, state regulations were improved and according to a report of the Nevada Department of Health and Human Services in 2015, there were around 10,000 people who had participated in this medical program of the state. It is also estimated that Southern Nevada had around 11,000 card-holders at that time.

Well, the government improved the medical marijuana law’s working framework and made an MMR card for medical patients to access medical cannabis in the state. The best part about this program was that the state government also supports other state’s visitors with MMR or MMJ cards to obtain medical cannabis facilities, which was a positive step for marijuana enthusiasts.

Apart from the Medical Marijuana Card in the state, lawmakers have already introduced several medical symptoms that qualify for medical cannabis treatment in the region.

So, these are the conditions that can directly qualify for medical marijuana program in the state, however, one needs to get an MMR card for which the process is as followed:

Step 2. After getting the doctor’s approval, the patient needs to register under the state registry online and pay the application fee. Also, your permanent residence proof of Nevada might be needed at the time of application.

Step 3. It might take some days to get the patient’s application approved, therefore, once the application is approved after a background check, the patient will be eligible to access medical cannabis from an authorized dispensary.

So, within these three steps, one can get medical marijuana in Nevada. However, in case of caregiver is required then the patient can also opt for the same during applying.

How to Get Marijuana Seeds in Nevada?

Cultivating marijuana plants in Nevada is legal for medical and personal usage therefore, one can grow their own marijuana plants without being dependent on other sources. However, the state has a new cannabis market in the region, and therefore, there will be little chance that one can get the best quality marijuana seeds. Also, physical stores often have a limited variety of cannabis seeds.

Apart from this, if you will be buying cannabis seeds from online seed stores then there you will be getting a wide selection of seeds along with regular offers, discounts, and much more. In short, for getting the highest quality cannabis seeds in Nevada or even in any country, you must go for online seed banks. As there will be many benefits!

Even this is also true that finding out the best cannabis seed bank online is a little tricky task as there are hundreds to thousands of online stores that are floating on the web. Especially when you are a newbie in the online market, it becomes quite tough to rely on a particular store.

To solve this issue, here is the list of the best online cannabis seed stores of 2023 that ship to Nevada:

Marijuana-seeds.nl or MSNL ships worldwide and has a very wide selection of marijuana strains. instant shipping and excellent customer support are available. This store covers almost every popular strain in the market. Multiple payment options and a discount is available.

Crop King Seeds is a popular seed store around the globe and delivers one of the finest quality cannabis seeds. Has a wide cannabis seeds selection along with 24/7 online chat support. This shop has many options to place the order including bitcoin. Ships order instantly and have regular offers on the website.

ILoveGrowingMarijuana.com or ILGM has one of the best cannabis seeds selection in the virtual store. Ships to the U.S regions instantly from California warehouse. Affordable price range and super-responsive customer support are the best features.

Check the over 1100 user reviews of ILGM seed bank on SeedFinder.

Well, it depends! As the authorities do a background check if the patient has any criminal record. Once they are satisfied with the application, they approve and you get your card.

Yes! Definitely! Medical patients are permitted to grow their own cannabis plants in Nevada. However, cultivation of the plants is limited to 12 plants per household.

Right now, the state has one of the most relaxed and stable cannabis laws which permits the needy individual to access cannabis accordingly. Either it is about medical patients or personal users, the state has permitted them to indulge in cannabis activities.

Apart from this, such laws have made new opportunities for cannabis businesses in the state. Also, the government has commercialized medical cannabis as well. Therefore, the upcoming time of cannabis in Nevada is bright and it can also lead the state government to earn revenue through it.