Cannabis has been quite popular in some of the U.S states and even it is legalized for all purposes as well. However, some states have been quite strict even in the modern era of marijuana where most of the developed countries are accepting its importance in different fields. One of the major importance of cannabis has been seen in the medical field.

Nebraska, one of the U.S states has illegalized cannabis for all purposes, however, there are much more legislation updates that have been occurred historically, which we will be discussing in detail in this guide. 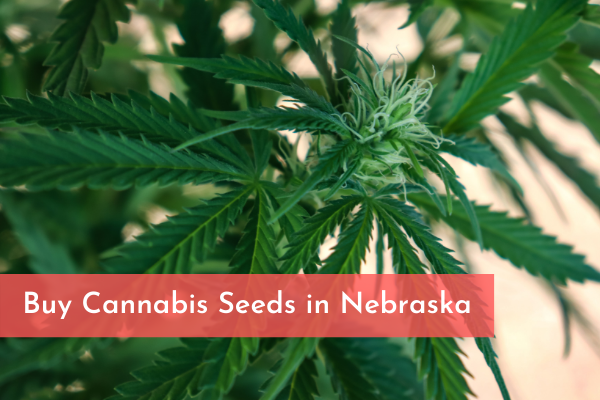 Read along to get to know about the marijuana laws in Nebraska and also the latest updates on whether you can access marijuana somehow in the state.

Is Cannabis Legal in Nebraska in 2023?

First answering your most doubted question – No! cannabis is illegal in Nebraska for all purposes. That means in 2023, you cannot access personal marijuana legally. Well, that doesn’t mean that the state has not tried to legalize marijuana in any of the aspects. Even there have been many attempts to legalize marijuana usage in the medical field, however, till now, none of them got succeeded.

Even though when the neighboring state, Colorado has legalized marijuana in 2013 and 2014, Nebraska has faced an increase in the arrest rate of marijuana by 11%. This ultimately showed that people of the state were already into cannabis usage and the decision to bordering the state has also increased the pressure on the authorities to make it available for the residents. Although the state government also increased the amount by 11% to enforce the cannabis laws.

The state has tried two times to make medical cannabis legal, unfortunately, both of the times, these attempts got failed. While the first offense for a small amount of marijuana possession was reduced to civil infractions since 1979. Since then the state didn’t have any positive change in cannabis legislation favoring marijuana enthusiasts.

Overall, in 2023, Nebraska state is struggling to make cannabis exist in either of the aspects. However, either for recreational or medical, for all purposes marijuana remains illegal in the state.

The history of cannabis laws in Nebraska was quite changing. Although even before the starting of the 20th century, the state has faced hemp cultivation in 1887. Well, when there was a cannabis prohibition movement across the country, Nebraska first restricted cannabis in 1927.

This was the first time when the state-enforced harsh guidelines for cannabis-related offenses. However, later on, in 1969, state authorities eased the penalties for cannabis possession in the state. The first-time marijuana offense was limited to only 7 days of imprisonment. Later on, after 10 years, the state decriminalized it to the civil infraction.

Since then, the state lawmakers didn’t make any major changes in cannabis legislation till the end of the 20th century. However, during the years 2013 and 2014, when neighboring state Colorado legalized the use of marijuana in the state, Nebraska has faced a rapid increase in the arrest of marijuana offenses with an 11% jump. Although the state authorities stood on the strictness in the region and pushed the enforcement hardly. Even the Nebraska state along with Oklahoma sought permission from the Supreme Court of United States to strike down Colorado’s legalization of cannabis. Although it was shut down by the court.

Later on, in the year 2015, the ‘Cannabis Compassion and Care Act’ was proposed to ultimately allow medical marijuana in the state. This law would permit certain medical patients with a prescription from the physician to use marijuana for the treatment of severe medical symptoms. Even the law specified some serious illnesses such as cancer, glaucoma, HIV/AIDS, and hepatitis C. The form of cannabis treatment was limited to liquor or pill. Unfortunately, this bill got failed in the 2016 year.

Apart from this, another attempt to allow medical cannabis in the state occurred last year in 2020, which was invalidated by the Nebraska Supreme Court.

So, historically, the state has witnessed many legislative changes in a long period, however, still, in 2023, medical cannabis is not legally permitted to be accessed.

Apart from historical changes in the cannabis legislation, you have to be aware of the laws and guidelines that are currently in action in the state:

Cultivation of cannabis plants for any purpose either medical or personal usage is illegal in the state and it is a felony under the legislation which can lead the offender to up to 20 years of imprisonment and a $25,000 fine.

Like possession and cultivation, consumption of any cannabis-related substance remains illegal along with possession of paraphernalia which may lead to a $100 monetary fine.

Overall, possession, cultivation, and consumption remain illegal in the state completely in 2023.

Like other states where medical patients with qualifying medical conditions can medical marijuana, Nebraska has none of such programs in its region. It is because the state has illegalized cannabis for medical purposes.

Apart from this, the state has even two times attempt to legalize medical cannabis for patients though it could not succeed. Additionally, there have been punishments for any marijuana-related offenses.

Comparing to the other states where medical marijuana usage is accepted and even state authorities have made this a new way of revenue, Nebraska must need to get inspired and enforce some changes in the current restricted laws. Apart from this, those legalized states have a new cannabis business market under which many marijuana enthusiasts are getting new business opportunities.

Historically, during the end of the 19th century, the state has witnessed hemp cultivation along with its uses it. Even though people of the state during harsh restrictions were into cannabis usage, which was shown when a study claimed that more than 12 million cannabis plants were eradicated in the state. Therefore, one can get the idea that even though the current situation in the state opposes cannabis usage, however, the state’s historic journey with cannabis was quite rich.

In a nutshell, medical patients in Nebraska state have to wait for lawmakers to propose new legislation to allow cannabis usage for medical treatment. Even though it may take some time but ultimately, either the medical marijuana enthusiasts have to visit other states for the same or they have to wait until the state laws got relaxed.

#1. Where can I get marijuana in Nebraska?

#3. When will marijuana be legal in Nebraska?

It is not clear right now! As already last year’s attempt to legalize medical marijuana was struck down by the state’s Supreme Court. Therefore, until the Nebraskans didn’t make pressure on the government to take any further decisions regarding the legalization of marijuana, it might be tough to say that one might be able to access marijuana legally.

#4. Who makes the laws in Nebraska?

The state legislature makes the laws on marijuana although the state citizens can petition to have a vote on legalization.

#5. Where can I get a medical marijuana card in Nebraska?

You can’t! As there is no such medical marijuana program in the state.

Future of Cannabis in Nebraska

Considering the current scenario of the state when marijuana is illegal for any purpose, the state has been quite backward regarding marijuana laws compared to the other states where it is legal and even the authorities have made it one of the revenue ways.

Although the state lawmakers have also tried to make cannabis legal for medical usage, however, they couldn’t succeed. Therefore, until the government is not taking more positive decisions in the upcoming time, cannabis might remain as it is in 2023. However, it also depends on the lawmaker’s decisions! They can even make the cannabis condition in the state better!