Marijuana has been a topic to debate when it comes to legalizing in the country. Especially in the developed countries where marijuana laws have been regularly changing in different regions. Well, in Montana state of the U.S, the cannabis laws have been changed recently and have favored marijuana enthusiasts in the region.

Before this major change in the law, by which marijuana enthusiasts are happy now, the state was following strict guidelines. Therefore, for the weeders thinking about ‘cannabis tour in the state or for the people residing there, it is a must to know the latest guidelines and laws that happened in the state. 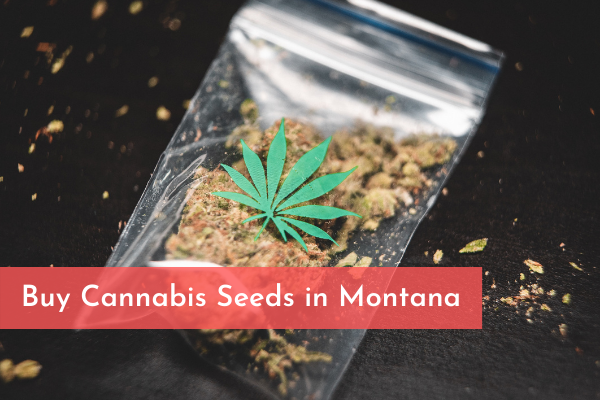 So, let’s get straight into it:

Is Cannabis Legal in Montana in 2021?

Yes! Cannabis in the Montana state has been legalized. Well, this major change occurred recently this year on January 1. From January 1, 2021 marijuana has been allowed for both recreational and medical usage. This has ultimately allowed the residents of Montana to access marijuana for either personal or medical use.

Although the state has been quite strict towards personal marijuana possession before this major change in the state. As recreational marijuana was illegal before. While medical cannabis was permitted in the state from 2004. Well, this 2004’s bill had some improvements which got completed in the year 2017.

Well, this complete marijuana legalization in the state has given hope for the new cannabis businesses for marijuana enthusiasts. However, it will be quite interesting to observe what the authorities decide on the future cannabis taxation or rising new marijuana businesses in the state as it has been completely allowed officially.

Overall, in 2021, if you are planning to enjoy marijuana in Montana then no doubt you will be legally free to use cannabis. However, along with that, you need to follow certain guidelines which imply for all marijuana users in the state.

Historically, there have been quite changing in marijuana laws initiated by the ban of cannabis in the state in 1929. However, in the starting time of the 20th century, U.S has been into the cultivation of hemp for fiber and other home essential products. Though the cannabis prohibition trend across the country banned marijuana in most U.S states including Montana. The ban in 1929 took effect after a newspaper described marijuana as “great fun.”

Long story short, the state didn’t make any major changes in the cannabis legislation up to the end of the 20th century. Although in 2004, the first time state took a step favoring medical marijuana enthusiasts in the state. As Montana state legalized medical cannabis by approving it with 62% of the votes. However, this legislative change was incomplete as there were no regulations for the operating of medical cannabis under the law.

Well, this medical marijuana law got completed when the 2017’ Marijuana Enforcement Tracking Regulation and Compliance System was opted for regulating medical marijuana in the state. This improvement ultimately mandated the testing of seed and also imposed a 4% tax which remained till July 1 2017 and decreased to 2% on July 1, 2018.  This is because the state authorities wanted to encourage the benefits for the medical patients in the state.

Apart from this, once medical cannabis got legalized in the state, people started demanding the reformation of law for the personal usage of cannabis. However, the authorities finally decided in the favor of marijuana enthusiasts on November 4, 2020, which was passed by the proposal given in January month.

Therefore, from January 2020, both recreational and medical marijuana got legalized in Montana state. Well, there have been rapid changes in the cannabis laws recently though historically the legislation was stable. Whatever changes happened in the past years, finally you can access marijuana for personal usage or medical treatment in the Montana state in 2021.

Though the laws have been positively changed recently, and recreational along with medical marijuana is completely legalized. However, one needs to follow the guidelines along with this legalization, which is given below:

From January 1, 2021, possession of marijuana for personal usage is legal in the Montana state. Adults residents over age 21 are permitted to possess up to 1 ounce of cannabis or 8 grams of cannabis concentrates. However, possession made more than one-ounce quantity in the state is a felony and can lead to five years of jail with $5,000.

Apart from this, medical marijuana is already legalized in the state to be possessed by medical patients with registered ID cards.

After recreational legality in the state, cultivation of up to four marijuana plants is permitted in the state per household. However, if two adults are residing within one home then this limit can go up to 8 plants per home.

This also made that permission of the owner of the house is need while cultivating marijuana plants.

Cannabis consumption is highly restricted in public places such as schools, university campuses, public transports, parks, and other places where smoking marijuana is restricted. Also, medical patients are permitted to consume medical cannabis in their private homes only.

Therefore, in nutshell, possession, cultivation, and consumption are allowed in the state, however, there are certain limitations and guidelines that one needs to follow to avoid the penalties even after complete legalization.

Medical marijuana in Montana state got legalized way back before recreational legalization in the year 2004. As said before, 2004’s medical cannabis legalization was incomplete due to not official regulations and working framework, which was improved in 2017’s legislation update.

In May 2017, Governor Steve Bullock signed into law SB333, which made the 2004’s medical cannabis law complete! This law ultimately regulated the medical cannabis industry in the state by adding the mandatory testing of seeds and imposing a 4% tax on medical marijuana which was in effect till July 1, 2017. However, this taxation was decreased to 2% one year later.

Although there had been regular proposals to make certain changes in Montana’s Medical Marijuana Program before, however, in 2021, the program is widely opened for patients with qualifying medical conditions.

Qualifying conditions for medical marijuana in the state:

Cancer, glaucoma, positive status for HIV/AIDS, cachexia or wasting syndrome, intractable nausea or vomiting, epilepsy or an intractable seizure disorder, multiple sclerosis, Crohn’s disease, painful peripheral neuropathy, a central nervous system disorder resulting in chronic, painful spasticity or muscle spasms, admittance into hospice care, or any other medical condition or treatment for a medical condition approved by the legislature. Severe chronic pain is also included and requires either proof in the form of lab tests or imaging or a second opinion by another physician. Post-traumatic stress disorder was added in the 2016 voter initiative, I-182.

So, these are the severe medical conditions for which the state authorities permit to obtain medical cannabis.

Steps to get medical marijuana facility in the state

Step 1. Once the patient gets diagnosed with any of the qualifying medical conditions then he or she can get a recommendation from the authorized physician.

Step 2. After the doctor’s consent, the patient needs to register with the program along with an application and a fee of $5. This application is submitted to the state’s regulatory agency, the Department of Public Health and Human Services.

Step 3. Once the patient’s application gets approved and he or she receives the ID card, then the patient can approach the provider or can grow their own cannabis plants.

Some FAQs Regarding Medical Marijuana

#1. When will the card be renewed?

The registration made by the patient must be renewed every 12 months.

#2. How can I get medical marijuana in the state?

The patient may grow their own cannabis plants or can get it through the official provider.

#3. Can I use the out-of-state medical card in Montana?

No! only registered patients within the state are permitted to have medical marijuana facilities.

No! individuals are not allowed to sell marijuana without a license.

As recreational marijuana is legalized recently, therefore, the government is planning to accept applications for marijuana selling to adults above age 21 by October 1, 2021.

#6. When will be adult-use marijuana available in Montana?

The official adult-use cannabis sale might begin in the year 2022.

#7. Where can I get medical marijuana in the state?

Only medical marijuana providers are allowed to sell marijuana to registered medical patients.

#8. Can I still get fined for marijuana possession?

#9. Is CBD oil available in the state?

#10. Does Montana have dispensaries?

Yes! The state has many dispensaries, however, they are known as ‘providers’.

How Can I Get High-Quality Cannabis Seeds in Montana?

Montana is the state where recreational marijuana has been legalized recently. Although medical marijuana was legalized before and even cultivation is permitted in 2021 by medical patients. Therefore, it is sure that cannabis cultivation takes place in the state officially.

However, the state didn’t have a grown cannabis market that can provide individuals the best quality marijuana seeds. Therefore, there is no best option other than purchasing cannabis seeds through online seed banks.

Even online seed banks have a wide selection of cannabis seeds and sell at very affordable prices during the discount and seasonal sales. In short, online seed banks are the best sources to have the highest quality marijuana seeds in Montana.

Well, finding out the best seed bank might seem tough to you. Especially when you are a newbie to the online cannabis market and you have a hundred options to choose from. To help you out, here are the planet’s best cannabis seed banks online that directly ship to Montana. The best part about these seed banks is that they are recommended by thousands of online marijuana enthusiasts around the world.

ILGM or ILoveGrowingMarijuana.com is one of the most-reputed online cannabis seed banks. The shop has a premium range of cannabis seeds at affordable prices. Has multiple payment options to order and it directly ships from the California warehouse. Instant customer support and wide categories of seeds are the best features.

Join The I Love Growing Marijuana Official Sub for daily updates on reddit.

Marijuana-seeds.nl or MSNL is a one-stop destination for all of your marijuana needs! The shop has almost every category of marijuana seed for all-type cannabis growers and sells at a very reasonable price. Instant shipping worldwide and excellent customer service are available.

Crop King Seeds or CKS is one of the most popular cannabis seed banks across the globe. 24/7 online chat support along with wide cannabis seeds selection is what makes this store the best! Regular offers and discounts are available at this store. Ships worldwide!

Crop King Seeds got reviews of the SeedFinder users, with an average rating from 5.18 out of 10!

Right now, the state has legalized cannabis for all purposes, and therefore, there are more opportunities for marijuana enthusiasts. On the other hand, the state’s new cannabis market is rising and new businesses might take place when there will be the official sale of cannabis from the region. Therefore, in short, the future of cannabis in Montana is quite bright!