Are you thinking about cannabis in Missouri?

Well, you have to hold on!

As the state has very strict guidelines for personal marijuana usage in the region. This might lead you to huge legal trouble as well. Although the state has legalized medical marijuana and there have been very relaxing marijuana laws for medical patients. 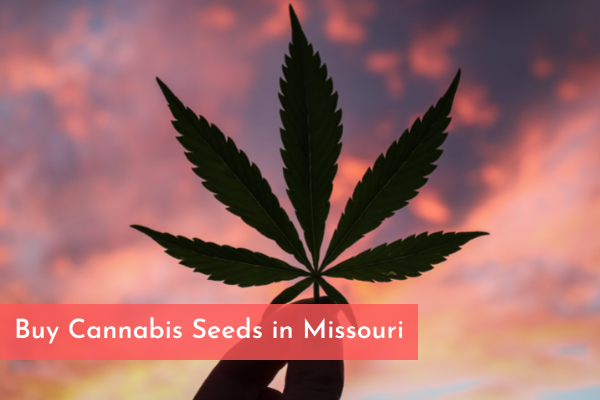 This ultimate guide will be covering each detail that you need to know about cannabis laws in Missouri. Therefore, read along to know Dos and Don’ts about marijuana in Missouri:

Is Marijuana Legal in Missouri in 2023?

Well, it means marijuana is legal for only medical patients with some qualifying symptoms. On the other hand, marijuana is illegal for recreational users. Therefore, you cannot access marijuana for your personal need, officially. The officials have permitted very strict punishments for the offenders.

Apart from this, medical marijuana has been legalized in the state since the year 2018 and since then medical patients who have certain medical conditions can access medical marijuana in the region. Also, medical users are permitted to grow their own cannabis plants as well though the authorities have given a certain limit for that too.

The beginning of medical marijuana legalization was not complete as there were no sources from where the patients can directly access medical cannabis. Although after two years of medical legalization, the first licensed cannabis sale occurred in October 2020. Within these two years, the state authorities have launched around 200 medical dispensaries in the state, which was a quite positive thing for a medical marijuana enthusiast. As of now, official cannabis stores are there in the region or locality to access medical cannabis.

In short, if you are planning a cannabis trip in Missouri then you might be into legal trouble as recreational marijuana remains illegal while medical cannabis is allowed and even in 2023 it has more regulated laws to serve medical patients.

History of Marijuana in Missouri

Historically the cannabis laws have been regularly updated and changed in the state and different cities of the region as well. The starting time of the 20th century has made the U.S state quite rich regarding hemp cultivation for fiber and other purposes. Although the country’s marijuana prohibition trend has led most of the states to shut down the hemp or marijuana stuff in the region. Also, most of the states including Missouri had the strictest guidelines during that time such as marijuana offenders in the state were charged with a felony and sent to imprisonment along with huge monetary fines.

Although the state didn’t take any major step to change cannabis legislation to the end of the century. However, in 2014, the state’s lawmakers introduced the law House Bill 2238 – the Missouri Medical

This decriminalization took effect in the state from January 2017.

In November 2018, the state lawmakers finally approved the medical use of cannabis by 66% of votes. This law allowed medical patients to grow up to six cannabis plants in their house along with possession of a 30-day supply, which might be regulated through the state regulators. Also, the state physician will be responsible to recommend or prescribe medical cannabis treatment to patients with severe medical conditions. Additionally, the officials have already specified the qualifying conditions for this medical marijuana program in the state.

Well, this decision made the first-time complete legalization of marijuana in any of aspects in the state. Though the state’s initial phase for medical marijuana regulation was not complete and that is why the first licensed cannabis sale happened after two years of legalization in 2020.

Apart from this, many cities in Missouri were already into cannabis decriminalization before it happened at the state level.

So, finally, in 2023, the marijuana laws change that happened previously made medical cannabis exist in Missouri legally.

Here is the summarization of the current laws and guidelines that are in action in the state regarding marijuana:

Marijuana can be possessed by medical cannabis enthusiasts in the state up to a 30-day supply. However, the regulators might be responsible for how much a cannabis medication supply does a patient need.

Apart from this, a small amount of marijuana possession under 10 grams is a misdemeanor, which might lead to some monetary fine.

Consuming marijuana in public places is illegal. Even medical patients are supposed to consume medical cannabis in their homes. Marijuana consumption near schools, university campuses, or public places such as parks, public transports is highly restricted.

Also, being high on marijuana while driving a motor vehicle is illegal and a punishable offense under state law.

First of all, Missouri state legalized the hemp extract CBD oil in the year 2014 under the House Bill – 2238. This was the first time that the state legalized marijuana extract to some extent. Even the authorities permitted treating debilitating seizures. To fulfill the demand for cannabis in the state for extraction of oil, the authorities have also permitted two non-profits cultivators to grow cannabis.

Although the complete medical legalization in the state took effect in November 2018 under amendment 2, which got approved with 66% of the votes. This measure has allowed the medical patients in the state to cultivate up to six cannabis plants or possess an amount of cannabis per month. At least, 4 ounces was permitted for the same. Additionally, the state authorities imposed a 4% tax rate on medical cannabis sales in the state. Well, along with amendment 2, two other medical cannabis bills were proposed, however, they failed.

Apart from this, after medical legalization, the lawmakers also specified the severe medical conditions which can qualify for the medical cannabis program. However, the law also allowed physicians to recommend cannabis treatment depending upon the condition of the patient.

Well, that year, even the state has legalized medical marijuana but there was no proper framework from where medical patients will be accessing medical cannabis. However, by the end of 2020, the state has approved to be opened more than 150 dispensaries in the region. Even in the same year in October, the state’s first licensed cannabis sale happened.

The process to get a medical card in Missouri

According to 19 CSR 30-95.030, the state’s medical marijuana program can be accessed by following these steps:

Step 1. The very first step involves the physician’s certification form or PCF for the patient which he or she can obtain from the state’s authorized physician.

Step 2. The physician must submit the certification directly to the Department of Health and Senior Services of the state.

So, these are the simple steps through which one can get access to the ID card for the medical marijuana program. Once the patient gets this card, now, you can look for the dispensaries near you to get medical cannabis.

No! the state does not accept out-of-state medical cards.

#2. When does the Missouri medical card expire?

#3. Is CBD oil illegal in Missouri?

To access CBD oil legally in Missouri, patients need to register under the MHERP (Missouri Hemp Extract Registration Program). Patients with intractable epilepsy are eligible to access CBD oil. Apart from this, patients less than 18 years of age must apply with a guardian or parent.

Within 30 days, once your application is approved, you can receive your ID card for accessing medical marijuana in the state.

#5. Can I grow marijuana in Missouri state?

Yes! The law permits only medical patients to grow up to six cannabis plants in their homes. Although the state law doesn’t permit recreational users to cultivate.

#6. When will dispensaries open?

Around 200 dispensaries are there in the state. However, you can also find more detail here!

#7. Can I do a walk-in application instead of applying online?

No! right now, there is no such facility.

#8. What is the procedure to grow cannabis plants at home?

Under the law, you can cultivate up to 6 cannabis plants per household, however, to do so one needs to get a registered and ID card like accessing medical cannabis.

#9. Can a qualifying patient under the age of 18 obtain a cultivation license?

No! only a parent or guardian who holds a primary caregiver ID card obtain a cultivation license.

Personal cannabis possession is illegal under the law; however, small possession is a misdemeanor crime that can lead the offender to some monetary fine.

How Will be the Future of Marijuana in Missouri?

Well, until the government didn’t take an official step ahead, we have to stay under the current laws and guidelines.