California has been one of the major states to come forward for cannabis legalization in the United States. Even though the starting journey of legislative change in the state had not been succeeded, however, in 2021, the state has the latest marijuana laws allowing its residents to use cannabis for personal requirements. Even medical cannabis has been widely in action to benefit the patients.

To know everything about cannabis in California, just read along: 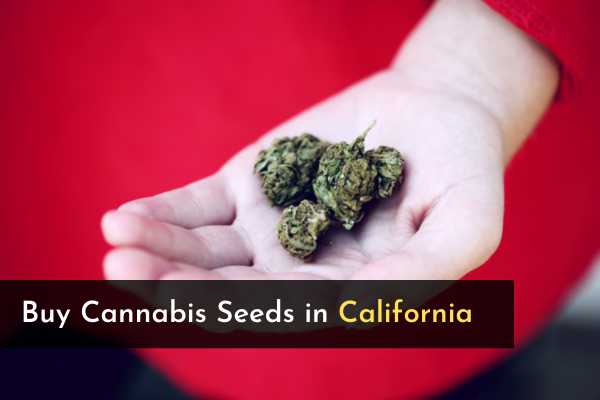 Is Cannabis Legal in California in 2021?

Yes! Cannabis in California is legal for recreational use since the year 2016. However, this result was the outcome of years of struggle, debate, legislative change in the state, which we will discuss later in detail.

Coming to right now, at the moment, if you are planning a trip there and want to enjoy cannabis then there are high chances that you can enjoy it to the best! As it has been 4 years since legalizing cannabis in the state and now, there has been a wide business of marijuana. Apart from selling stores, you can also find some places where you can have fun with cannabis!

Additionally, medical patients in need of cannabis treatment are permitted to have a recommendation from the doctor, and then they can move directly for the cannabis treatment. Even though some other states are still against the use of cannabis personally, California becomes the first state to legalize recreational and medical cannabis for its residents.

In a nutshell, cannabis is allowed in the state to enjoy! The only thing you have to keep in your mind is that you have to be an adult!

Cannabis in the U.S has been a regular topic to debate! From the late 18th century people of California used to grow hemp for rope and other home requirements. However, hemp cultivation lasted long for around 100 years in the state and as the Arabs, Armenians, Turks introduced ‘hashish’ for personal consumption then the people got to know about the psychoactive effects of cannabis.

With that said, up to the starting 20th century, the state government applied strict regulation on the use of personal cannabis and even on the cultivation of it. Up to the end of 1930, cannabis possession was an offense in the state and cultivation become a separate crime in the region.

Later on, after many years, in 1972 California state tried to make cannabis exist officially by ballot initiative attempting to legalize cannabis. Well, it was unsuccessful at that time!

After more than 20 years, the state succeeded in legalizing medical cannabis in 1996 after the passage of the Compassionate Use Act. This legislative change ultimately gave a re-birth to the marijuana in the region. After medical legalization, many medically ill people of the state got benefited from this act.

Since then, recreational and medical cannabis is legal in California.

Well, people had been continuously in favor and against the use of marijuana from the very starting history of cannabis in the state! However, the ultimate result is that now you can have cannabis in California in 2021!

Doesn’t matter whether you are planning a trip to California or residing there, you must have to be aware of the laws that are in action in the state. Also, you have to keep in mind that even though cannabis is legalized, some guidelines are there to avoid cannabis usage in certain conditions.

An adult individual (above age 21) can possess up to 28 grams of cannabis in public whereas cannabis concentrate is allowed only up to 8 grams. With that said, local laws do not interrupt the residents of California to possess, transport, or share cannabis with adults.

Right now, in the state, licensed growing as well as personal cultivation is also going on! To fulfill the cannabis demand in the state, there must be some sources. The cannabis industry in the state is estimated to be around $10 billion.

Apart from this, if an individual wants to cultivate their own cannabis plants then he or she can do the same without any permission or issue. However, the cultivation of the plant is limited to up to 6 plants per individual.

Consumption of cannabis in public space is allowed for medical patients and for other individuals public consumption is banned. Also, one must not drive while being high on weed. additionally, vaping in a non-smoking area is also an offense.

However, businesses with a license are allowed for onsite consumption. With that said, cannabis consumption is allowed in private spaces mostly for normal residents.

Medical marijuana came into a highlight after 1996 when the authorities approved the use of cannabis for medicinal purposes. This was the time when cannabis existence in the state was given an official path. However, it was permitted for needy individuals only. Therefore, a physician’s prescription was a must to obtain cannabis treatment. Additionally, the authorities have permitted the use of cannabis treatment in some medical diseases only.

Well, allowing medical cannabis in the state was one of the huge positive changes for cannabis lovers. After this change, there was another demand for legalizing recreational marijuana in the state, which took place later on, after around 20 years.

Who can get medical cannabis?

Where to Buy the Best Cannabis Seeds in California?

This is the most awaited question that you might want to answer right now! Well, there might indeed be some physical stores in California which claim to provide high-quality cannabis seeds to grow in your garden.

However, it is also true that most cannabis growers opt for online seed banks to get the best quality seeds. Therefore, we too recommend you to get your best seeds for the garden from the online stores. There are several benefits to buy from online seed stores.

One of the major benefits is the wide category of strains which will give you coverage over worldwide popular cannabis seeds. In contrast, physical stores have limited seeds only.

Additionally, online cannabis seed stores have regular offers, deals, and seasonal sales under which you can get premium seeds for cheaper rates.

So, in a nutshell, online seed banks are a better choice!

Now, you don’t have to be confused in choosing your best online seed bank as we have mentioned the planet’s best online cannabis seed store by which you can kick-start your cultivation journey!

This is one of the best online seed stores where you can get the planet’s best marijuana seeds. As this company has a warehouse in California, you can hope for instant delivery of your order even within the same day. The store has multiple payment options along with super fast delivery. Join The I Love Growing Marijuana Official Sub for regular updates on Reddit!

One of the most reputed online cannabis seed stores. Has instant customer support and multiple payment options including bitcoin. Ships worldwide and stocks almost every weed strain. Crop King Seeds these strains got reviews of the SeedFinder users, with an average rating of 5.18 out of 10!

If you are opting for online seed banks then MSNL can be your best choice for kick-starting cannabis cultivation. This seed bank has very positive reviews from its buyers resulting in a 4+ rating on Trustpilot. Best for beginner growers as this seed bank has the cheapest cannabis seeds!

From our side, we recommend you to try ILGM seed bank as it has one of the warehouses located in California therefore, there are high chances that your order will be arriving instantly!

How to Choose the Right Seed Bank For Yourself?

Choosing the best cannabis seed bank is as important as growing seeds in the right conditions. Therefore, you have to keep certain things in your mind while picking the best seed bank. As there are thousands of online seed stores, therefore, choosing the best one becomes a little tricky task.

Hence, here are some major points which you can keep on your list to get the best seed bank for yourself:

Check out the online store’s market reputation. Whether it is positive or average. As the market image is built upon serving quality services, therefore, it will give you an idea about the seed bank’s services. Additionally, it will also make you aware that whether chosen seed bank can deliver the right quality of cannabis seeds.

This might be the obvious point! However, you have to be sure that you are not distracted by the quantity. That means whether an online store has thousands of strains in stock but ultimately you have to get the best quality. As some online stores have hundreds and more cannabis strains in stock, however, the quality is not at the level. Therefore, prefer quality over quantity!

So, choosing a cannabis seed bank is an interesting journey in itself. Just make a list of what you need and find out in different stores! Keep in mind that an ideal store is that which can deliver your expectations. However, some stores might be excellent in that, on the other hand, some might be working to achieve that ideal position.

California has been a very rough and tough state where people used to work hard and therefore, they need some time to be stress-free and relax! This is where cannabis comes into play as an instant option. After legalization in the state, the cannabis business has been boomed!

By recent stats, it is clear that cannabis legalization has been the right decision from a business and public perspective. Considering the upcoming time, there might be more cannabis businesses spike in the state!