Michigan is one of the first Midwest U.S states to legalize recreational cannabis. Although it was the 10th U.S state to do so. However, these relaxing laws were quite strict a few years back, which ultimately the public demand in the region forced the authorities to take this step.

Well, if you are residing in Michigan or thinking about a trip there to enjoy marijuana with your friends then you must have the right knowledge of cannabis laws, which this guide is going to give you right now! 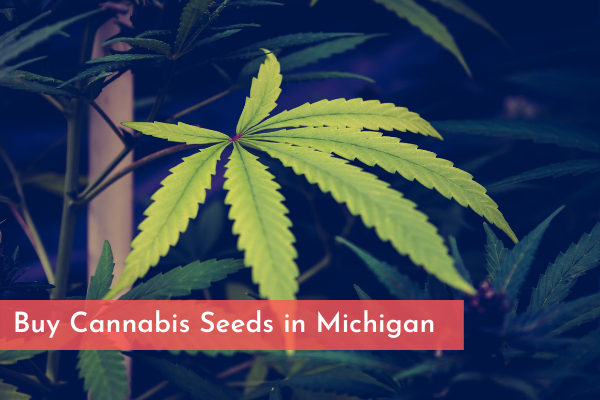 Is Cannabis Legal in Michigan in 2021?

Yes! Marijuana is legal in Michigan for both recreational and medical purposes. That means you can access cannabis for your personal requirement or even for medical treatment. The state has legalized medical usage in the region first and then recreational cannabis. Although the journey of personal legalization of marijuana was not easy, it took around 10 years for personal legalization after medical allowance.

However, as medical cannabis was legalized first but at that time the state didn’t have any regulation for cannabis dispensaries, which was made later for the proper working of these medical cannabis sources. The good thing is that now the state residents have both marijuana access i.e, recreational and medical. This has ultimately given birth to new business opportunities.

In addition to that, the state government has plans to earn revenue from commercial cannabis sales by applying a marijuana tax on it, which is also a positive thing considering the state’s economic development.

Although Michigan has one of the relaxed marijuana laws, however, there are certain guidelines that one needs to follow while accessing marijuana for personal usage. For medical patients, they have a separate guideline, which we will be discussing later on.

In a nutshell, Michigan state will be allowing you to access marijuana in its region in 2021 whether for personal or medical use. However, considering the new cannabis business opportunities then the state is one of the rising markets which has the potential to grow more!

History of Cannabis in the State

You may be surprised by knowing that even though Michigan State has right now one of the relaxed marijuana laws for the enthusiasts, however, historically, it has one of the strictest regulations for cannabis offenses. Before the legalization of cannabis in the state, there were quite harsh penalties for the offenders.

For any amount of marijuana possession in the state, it was treated as a misdemeanor and the offender was supposed to get into jail for one year along with a $2,000 fine. Whereas the consumption of marijuana led the user to 90 days of jail with a $100 fine. While the public use of marijuana was considered a more punishable offense.

Apart from this, even in 2021, the government is encouraging the cannabis businesses for medical marijuana, however, before legalization, growing or sharing cannabis was a punishable offense with up to 15 years of imprisonment along with a $10,000,000 fine. Therefore, you can get the idea that the state authorities were quite against marijuana usage among its people in the earlier time.

Long story short, in 2008, the first marijuana legislative change occurred in the form of the Michigan Compassionate Care Initiative. Fortunately, it got passed with 63% of votes and since then medical marijuana was allowed in Michigan. Although at that time, the state didn’t have any working framework of cannabis dispensaries, which somehow, the authorities made later the recreational legalization.

However, recreational cannabis in the state got passed after 10 years of medical allowance i.e., in the year 2018. With 56% of votes, the state legalized recreational marijuana from November 6, 2018, and Michigan became the 10th U.S state to do so.

Overall, the state has faced many legislative changes in the cannabis legislation although the ultimate result was in favor of the cannabis enthusiasts. That is why you can access marijuana for your personal need in 2021.

No doubt, there are many changes in the cannabis legislation historically, however, you must have to be aware of the latest guidelines while accessing cannabis in 2021:

The Michigan Regulation and Taxation of Marijuana act permits individuals of age 21 or above to possess up to 2.5 ounces of cannabis in public areas whereas this limitation goes up to 10 ounces per home. Apart from this, the sales and distribution of cannabis in the state are subjected to a 10% excise tax which ultimately contributes to the state revenue.

Cultivating cannabis plants in Michigan is permitted in the state and the limitation per household is set up to 12 plants per home. This limitation comes under the recreational marijuana legislation update which took effect on December 6, 2018.

Although possession and cultivation are permitted in the state, consumption of cannabis in public space is not permitted and it can lead one to the legal penalty. Also, in public places such as parks, public transports, during driving a motor vehicle, consuming cannabis is restricted.

That means one can consume marijuana in their private home.

Medical marijuana was legalized in the state way back before recreational legalization in the year 2008. However, at that time, there were no regulations for the dispensaries through the medical patients could access medical marijuana. Although at that time, Michigan was the first Midwestern state to legalize medical usage of cannabis.

As in the beginning, the state had not any working framework for the dispensaries legally, still up to the 2013 year, there were an estimated 100 dispensaries in the state operating under this legal gray area at that time. Ultimately, considering this, the officials reformed the law in 2016 to allow the operation and regulation of medical cannabis dispensaries. Also, the government put a 3% tax on medical cannabis, which ultimately contributes to the state revenue from cannabis businesses. In short, the authorities completed the law which previously had some improvements.

Overall, in 2021, there are many more regulated laws and guidelines regarding medical marijuana. Also, the new medical cannabis businesses are supposed to contribute to the state’s revenue along with recreational marijuana.

There are severe medical conditions that are approved by the officials for getting medical marijuana benefits. Under this, Cancer, PTSD, and other medical conditions are involved which are debilitating conditions for a patient. In addition to that, the physician will be responsible for recommending a patient for cannabis treatment.

How to Get Cannabis Seeds in Michigan?

Cultivating cannabis plants in Michigan is legalized and an adult individual is permitted to grow up to six marijuana plants in their home. Therefore, there is no restriction on getting your personal marijuana at home. Although to get the highest output in the garden, one must have the best quality cannabis seeds. For that, there might be a high-quality source that can give you the cannabis seeds that you look for!

As Michigan’s cannabis market is new and it is rising, therefore, there is less chance that you may access a wide selection of cannabis seeds. Also, the quality of seeds might differ. This is where online cannabis seed banks come into play!

Here are the best cannabis seed banks that directly ship to Michigan:

Best Cannabis Seed Banks that Ship to Michigan [No.2 is the Best for All]

Finding out the best one among thousands of options is a little tricky and frustrating. Also, you have to spend hours research and read reviews to get the best one. Well, that is even a good strategy for finding the best source. However, why waste time if you are already getting the best resources after thousands of cannabis lovers’ recommendations.

Just check these seed banks out:

Among the list of best cannabis seed banks, Crop King Seeds will 100% make the place! CKS ships worldwide and has a very huge selection of premium cannabis seed strains. Multiple payment options along with instant shipping services are available. The shop is popular worldwide and promises to deliver only the best quality marijuana seeds.

Crop King Seeds reviews of the SeedFinder users, with an average rating from 5.18 out of 10.

ILGM or ILoveGrowingMarijuana.com is the online store that gives you access to more than hundreds of premium marijuana strains. This online store is the best option for U.S cannabis enthusiasts. As it directly ships from the California warehouse privately. Reasonable price and instant customer support are the best features of this shop.

Join The I Love Growing Marijuana Official Sub for daily updates on Reddit!

Marijuana-seeds.nl or MSNL is the one-stop destination for all of your marijuana needs. The shop has almost every trending marijuana strain in stock at a very attractive price. Instant shipping throughout the globe and a wide cannabis seeds category for all types of growers are the best features of this shop.

How You Can Find Out the Best Cannabis Seeds Bank?

As said earlier, finding out the best cannabis seed bank is tough and time-consuming. However, if you will follow a guide that can instantly give you an idea about your ideal seed bank then our task becomes super easy! Therefore, here is the basic yet pro guide that will make you aware of the best seed banks around you. Ultimately, you will be having the best seed bank on your list!

Doesn’t matter which seed bank you choose, you must have to be aware of the market image of the shop. For getting a close idea of the market reputation of the shop, you can read out the previous buyer’s reviews on different forums, websites, and other sources. This will help you to know the quality of services of the store better.

For example, at Trustpilot above 4+ is meant to be excellent and you can trust the source for getting high-quality services and products. However, you must have to be aware of the other sources’ opinions as well.

The quality of the cannabis seeds you are buying from an online store must be worth the price. Also, for getting the best output in the garden, you must have a better quality of seeds, which can germinate and can produce beautiful buds.

Also, don’t get overwhelmed by the large stock of some online stores as quality matters more than quantity. For example, the above-mentioned seed banks have the best quality marijuana seeds in their stock.

You can give priority to your personal choices such as instant customer support or huge discounts or even a wide seed selection. That means you must have to make a priority list under which you can adjust the needed things accordingly.

So, this was a short and basic guide that can make you a pro online shopper for the best cannabis seeds through online stores.

Future of Cannabis in Michigan

Michigan has a rising cannabis market which is possible due to recreational and medical legalization. Although medical cannabis was legalized even a decade ago, however, the recent legislative change has made it possible for the state to get revenue through cannabis sales in the region.

Therefore, the cannabis future in Michigan is bright and there are much more opportunities for cannabis enthusiasts until the government didn’t take a major step to oppose it!